If this, than That

If this, then that was a Classic OS 9 game

A classic shareware game on Macintosh OS 9, was "If this, than That" by Mike Anderson. The game was created on July 11, 1993, and distributed via shareware. 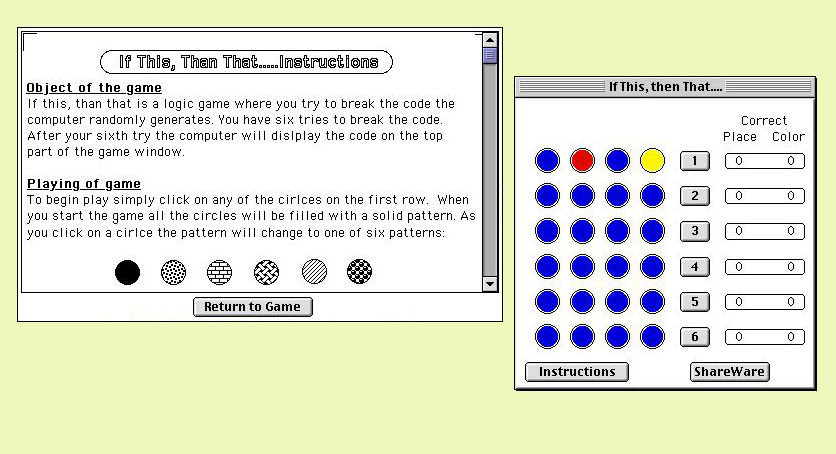 Object of the game

It was fun playing the game on my Macintosh PowerBook G3 and figuring out the puzzle. The game is pretty hard to use at first since you need to figure out the correct pattern. You were never told which pattern was correct and where it's correct. To be successful at this game takes a lot of logic skills.

This would make a great iOS game. I checked and couldn't find one that worked the same way. If you know of one, let me know in the comments below.