If you've been eagerly awaiting the arrival of a self-driving car or have been dreading seeing more on the roads, other than test cars, you will see them sooner than later. There's no specific date for a mass release, but many automakers are confident that we'll see an autonomous car on the road by 2020; you may not be able to own one, though. 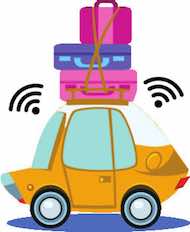 Self-Driving Cars Need to Learn How to Be Better Drivers

In order for an autonomous vehicle to be deemed completely road worthy and safe, it should have enough knowledge to handle any kind of situation on the road. Self-driving cars "learn" how to drive by constantly collecting data while on the road.

Gathering data and learning how to be a better and safer driver takes time. You wouldn't want to share the road with a bunch of drivers who haven't had training, would you?

Operating in All Types of Conditions

In addition to learning how to be the safest driver, self-driving cars need to learn how to operate in all kinds of weather and road conditions. Ideally, we would all live in a part of the country where road infrastructure was flawless, lanes were clearly marked, and wintry conditions didn't happen, but we don't; therefore, self-driving cars need to learn how to read the road, regardless.

Don't expect to see a wide release of autonomous cars until they can prove they've passed every safety check.

Even if the self-driving car was perfected and ready to be manufactured by every major automaker, depending on the cost, you might never get to own one. Depending on the source, the estimated cost of an autonomous car may be between $75,000 to 250,000; that's pretty prohibitive for the average consumer.

If you consider all of the features that go into making a self-driving car, such as the software and safety technology, the price seems reasonable, relatively speaking.

The bottom line is that we won't see mass amounts of autonomous cars on the market until they are completely safe and have the ability to operate as if a driver was operating the car. If you think about the rigorous testing that today's standard vehicles must go through, wouldn't you want to know that your self-driving car would be just as safe if not safer?