EverNote is a great tool to organize everyday notes. You can put notes in Notebooks and tag them so you can easily find them later.

Did you know that EverNote Supports Emoji icons? It's a cool way to highlight notes or notebooks. Check out this example of the Done and Food Notebooks.

As you can see it's pretty easy to identify the use of those particular notebooks.

What are Emoji icons?

Emoji are a small digital image or icon used to express an idea, emotion, etc., in electronic communication.

You can use emoji within your documents. But did you know that you can use them in headers and in Notebook names?

This can make it easier for certain notes or notebooks to stand out. As in the above example, my 'Done' notebook is where I store completed Blog notes.

All Emoji are Not the Same

Androd Emoji and Apple Emoji are different, this is important to know if your using EverNote on different devices types. 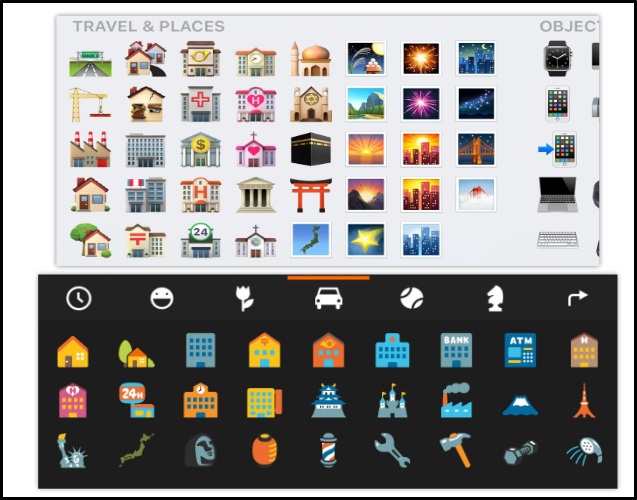 Also keep in mind that Apple and Android don't have the same Emoji library. When Android encounter an Emoji that is not in their library, you'll get a box to indicate an incomplete emoji, If you keep a single OS platform, then this isn't a problem.

Using Emoji is a good way to make ordinary notes stand out. This is a great idea for those reference notes that you may need to use all the time.

Just remember to not throw an Emoji on synced Notebooks. (i.e. Notebooks that are being used by IFTTT, such as Twitter and IOS Photos.) If you add an Emoji, you're essentially changing the name and that may cause the sync to fail.