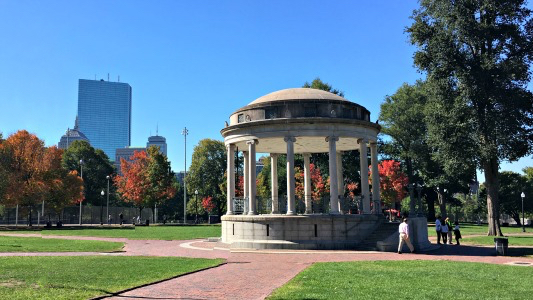 On the eastern side of the Boston Commons is a landmark bandstand. The bandstand is named after George F. Parkman and is officially called the "Parkman Bandstand."

George F. Parkman was the last family member of the Parkman family, a wealthy Bostonian Family. The were consider one of the Boston Brahmin - a class of wealthy, educated, elite members of Boston society in the nineteenth century.

This is the second monument that is named after George F. Parkman in the Boston Commons. In front of the visitor center is Parkman Plaza, a circular paved area with three bronze statues representing Industry, Religion, and Learning. The Parkman Plaza was dedicated in 1960.

When you walk up the stairs of the Bandstand there is a plaque on the floor that was placed during the 1912 dedication ceremony. The text is all uppercase using an old style too look "clean and classy." This is the old-world style text: 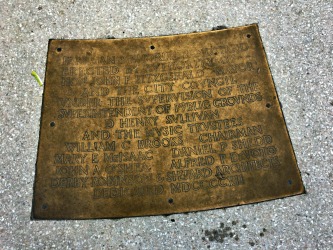 There is an interesting side story about George Parkman family.

In 1849, George Parkman father, Dr. George Parkman, was murdered at Harvard Medical School in one of the most famous murder cases in Harvard history.

On November 23, 1849, Dr. George Parkman, a successful surgeon, stopped by Harvard Medical School to collect some money from John White Webster, a Harvard professor. Mr. Webster had some problems with paying off the debt and ended up murdering Mr. Parkman. Mr. Webster placed his parts inside a brick wall. A week later the body was discovered by Ephrain Littlefield, a janitor at Harvard Medical School.

The crime and trial of Mr. Webster was an international sensation. Tickets were sold to those that wanted to sit in the courtroom, and six thousand tickets were sold. The trial lasted for 12-days and John White Webster was convicted of Parkman's murder on March 30, 1850 (127 days after the murder).

There are some historians that believe that John White Webster may not have been guilty of murder and that the murder might have been accomplished by Webster's accuser.

The Parkman Bandstand is a great place to take pictures of the Boston Foliage: 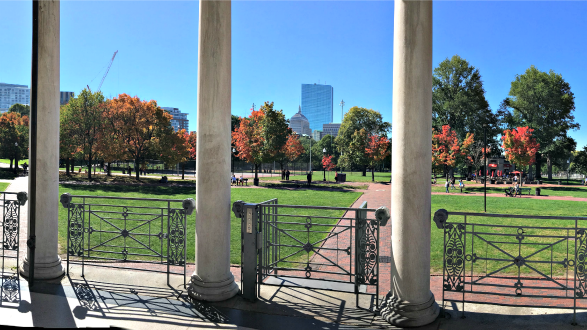