In its 120-year history, the Boston Marathon has had 4 different finish line locations. Here's some information about each of the finish lines:

The goal of today's post is to help people find the location of the major Boston Marathon finish lines. 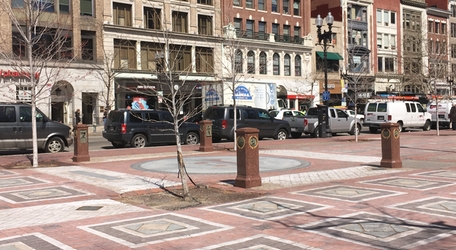 The winner of the first Boston Marathon was J.J. McDermott of the Pastime Athletic Club of New York, he was given an ovation as he went around the Irvington oval track.

Today, there are a many Boston marathon symbols in Copley Square to remember those that accepted the challenge to run the race. The memorabilia is located where some historians consider the first finish line would have been located.

Finding the Finish Line Today: Visit Copley Square and in the area near the BosTix Booth is where you'll see Boston Marathon markers. The four brown metal poles in the area are similar to ones that the Boston Athletic Association (BAA) used as the finish line in the early days of the Boston Marathon. (42.3501,-71.0767) 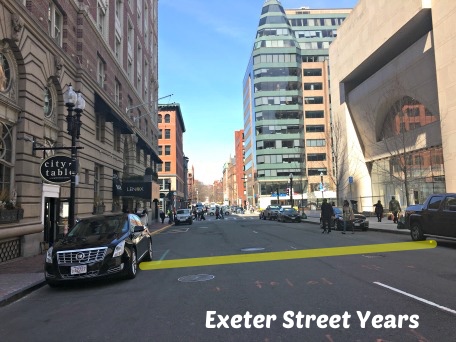 In 1899, the BAA moved the finish line to be next to the organization headquarters on Exeter Street. That location today is the main branch of the Boston Public Library.

The marathon last mile was a bit different than today, back then runners would go further down Commonwealth Avenue and then turn right onto Exeter Street for the final leg of the marathon. The finish line was near the back of the Lenox Hotel, just before Blagden Street. 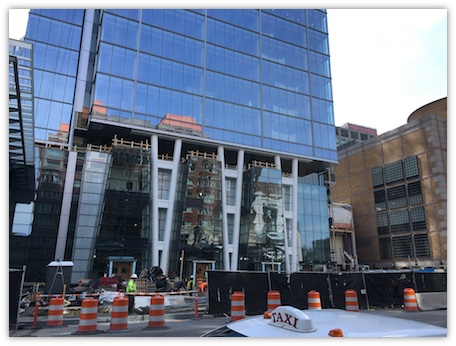 The official race ended on Ring Road, but it's not the same Ring RD that you know of today. Between 1965 and 1988, there was a North Ring Road that was parallel to Boylston Street and the Hynes Civic Auditorium. This is where the Boston Marathon finish line was from 1965 to 1985 - about 300 yards from the intersection of Hereford Street and Boylston Street.

Some of the Notable finishes at the Prudential Finish Line:

Finding the Finish Line Today: The finish line disappeared when Ring Road was removed in 1988 to make room for the Hynes Convention Center. The finish line location was right at the base of the Prudential Plaza, just about where the Quest Eternal sculpture was located. The Prudential Plaza is currently going through major renovation and the Quest Eternal statute has been removed. To see where it was, simply stand by the Boston Marathon RunBase store and look over to the Prudential Building. (42.3486,-71.083) 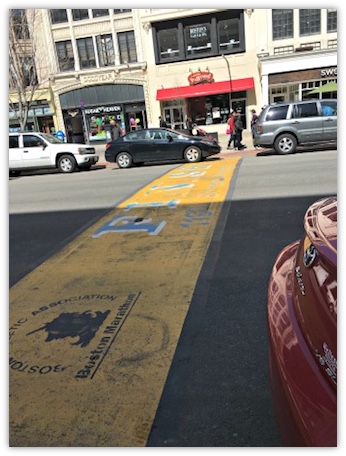 In the mid-1980s the BAA encountered challenges getting elite runners from running in other marathons. Boston certainly had the name and history, but other marathons offered better incentives to run their races. The BAA decided to commercialize the Boston Marathon and make the race a professional event in an effort to keep pace with the other major marathons.

In September 1985, the BAA announced that a 10-year $10 million sponsorship deal with the John Hancock Mutual Life Insurance Co. The agreement names Hancock as the race's major corporate sponsor and the race will now pay a cash prize - $250,000 for the first year. The new cash prize match similar prizes by New York and Chicago marathons.

As a result of the change of sponsorship, the finish line was moved to be near the John Hancock building.

Finding the Finish Line Today: You can find the current Boston Marathon finish line right in front of the Boston Public Library. The finish line road paint is now visible year round. (42.3498, -71.0788)