Memorial to a Former Slave that lived in Framingham

Crispus Attucks was a former slave in Framingham. He escaped and went missing. He "reappeared" in Boston and became part of history when he was killed at the Boston Massacre.

The Boston Massacre came about when a mob led by former slave Crispus Attucks began to assault soldiers on guard at the Royal Customs House (now the intersection of Congress and State Sts.) According to reports, "The soldiers fired into the crowd, and Attucks and four others were killed." Patriot spokesmen used the incident to have the soldiers withdrawn from the city (but not for long the soldiers were back in two years) 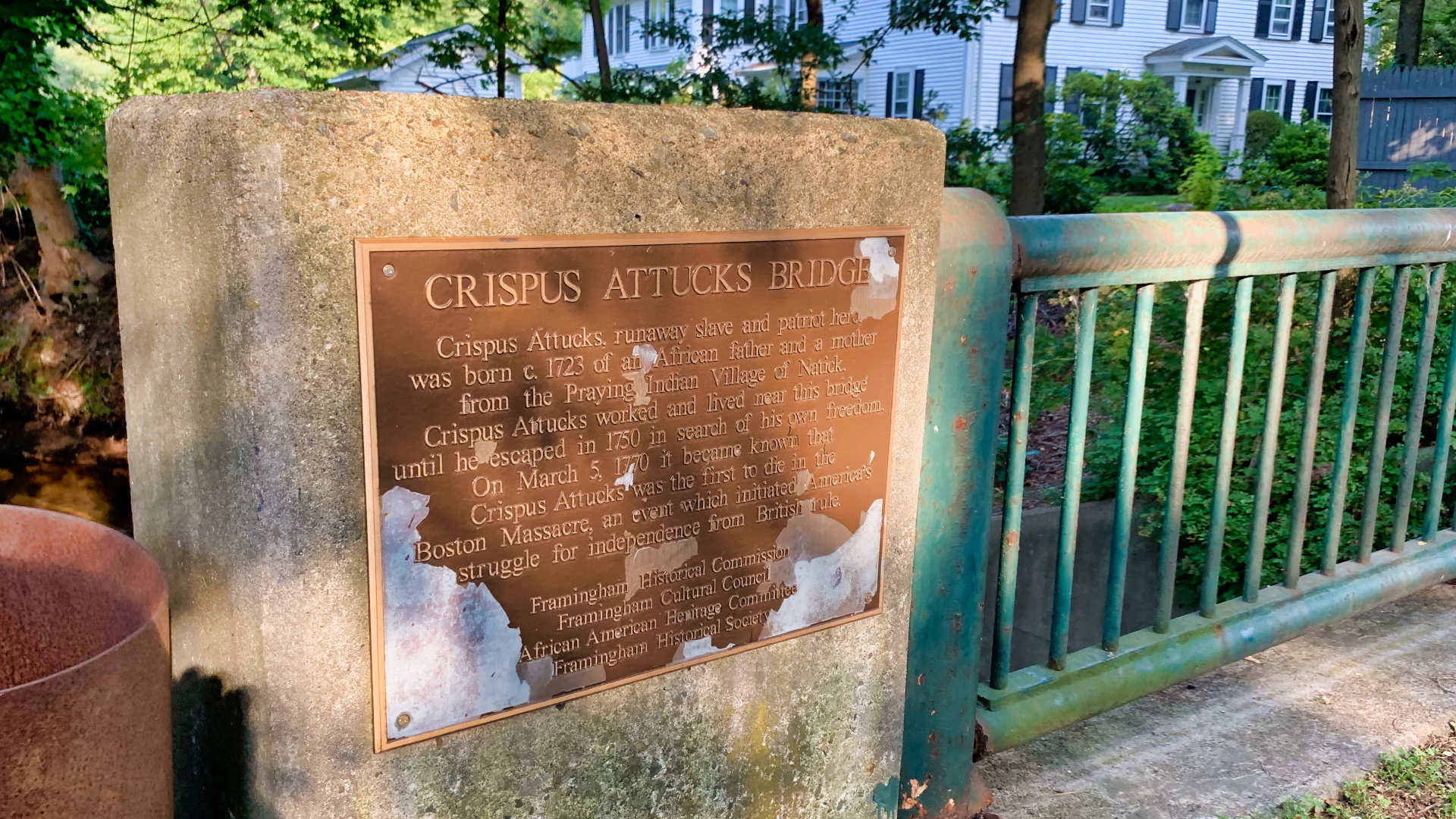 Crispus Attucks, a runaway slave, and patriot hero was born c. 1723 of an African father and a mother from Praying Indian Village of Natick. Crispus Attucks worked and lived near this bridge until he escaped in 1750 in search of his own freedom. On March 5, 1770, it became known that Crispus Attucks was the first person to die in the Boston Massacre, an event which initiated America's struggle for independence from British rule.

The Framingham Historical Society proposed naming the bridge in February 2000. Not all residents were favorited in naming the bridge. Many people felt that Crispus Attucks was more of a "thug" than a hero.

The bridge naming ceremony occurred on March 5, 2000 - exactly 230 years after the Boston Massacre.

March 5, 2000, was also announced as Crispus Attucks Day in Framingham.

The 20-foot bridge was last rebuilt in 1965. As you can see from the picture, the marker does have some wear and tear on it.

Crispus actually lived on what is Route 9, not far from where Route 30 and Route 9 intersects.

Location of the Crispus Attucks Bridge

The bridge is located at 670 Old Connecticut Path in Framingham. Massachusetts.