How to tell the difference in ADC vs DVI

Over the years, the Macintosh G4 changed the monitor support. This can be tricky to figure out if you're trying to connect up an old G4.

The Digital Visual interface is designed to transmit uncompressed digital video and can be configured to support multiple modes such as DVI-A (analog only), DVI-D (digital only), or DVI-I (digital and analog).

Not Compatible With Each Other

You can't just plug a monitor with an ADC port into a DVI port or vice versa. You will need an adapter. You can find them on eBay for about $40. (They are hard to find!)

Note: Most G4 also came with a VGA port, and you can use that to use your computer.

Here's an example of the difference in the ports: 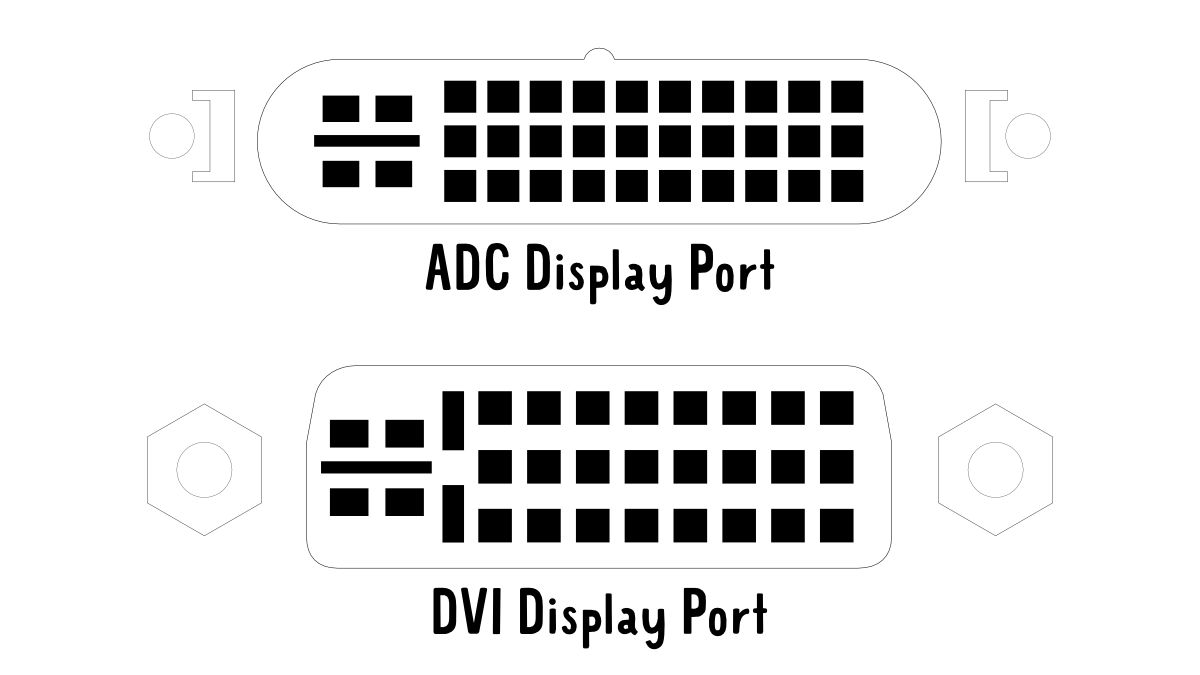 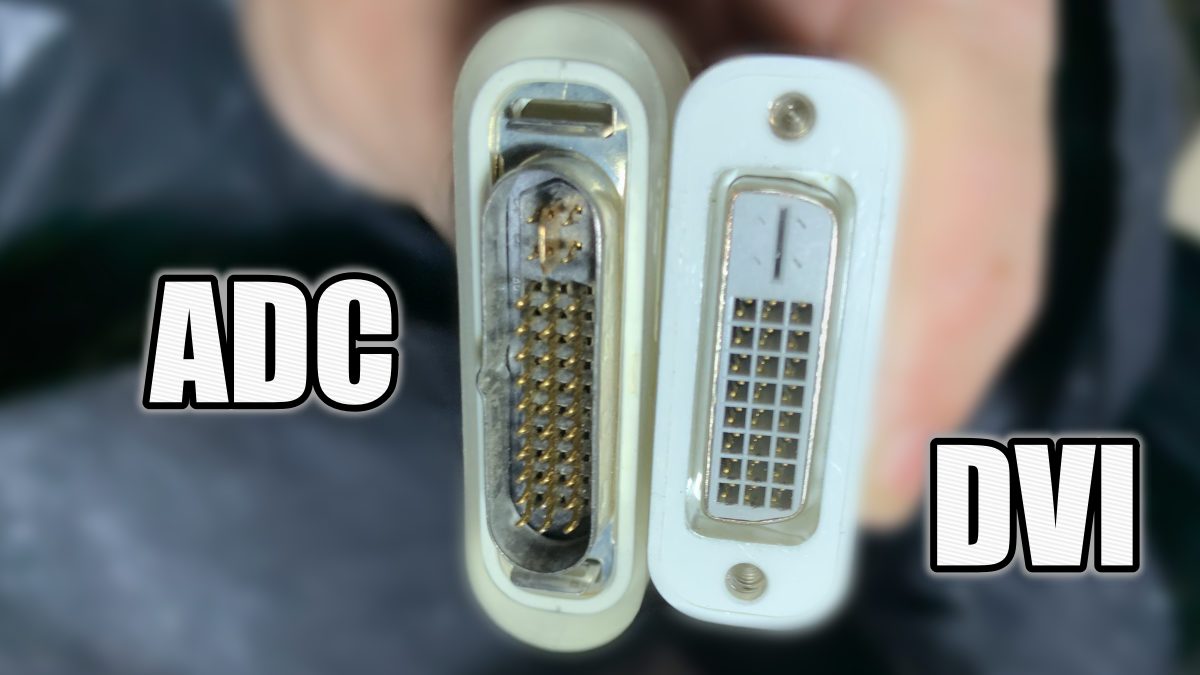