Walking through the North End's Copp's Hill Burying Ground you will see a lot of unique gravestones. One is Major Thomas Seward, who died on November 27, 1800. 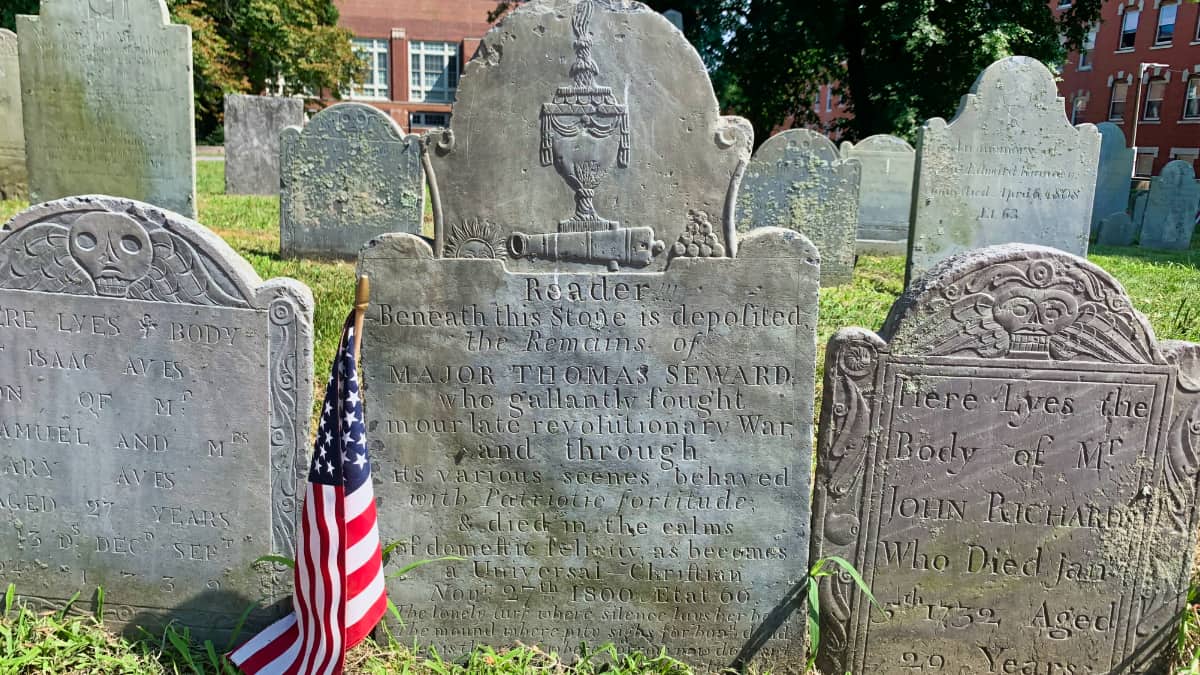 Reader!!! Beneath this Stone is deposited the Remains of MAJOR THOMAS SEWARD who gallantly fought in our late revolutionary War and through its various seenes, behaved with Patriotic fortitude & died in the calms of domestic Felicity as becomes a Universal Christian, Nov 27th, 1800, AE at 60.

On the bottom of the grave is this phrase, which is slowing disappearing into the ground:

"The lonely turf where silence lays her head,
The mound where pity sighs for hon'd dead,
Such is the grief where sorrow now doth sigh,
To learn to live is but to learn to die."

Some things I learned while researching the history of Thomas Seward.

When he died local papers were quick to point out his death and how he was a major contributor to the Revolution.

He was married to Sarah Seward. She died seven months before Thomas. She is also buried in the same grave - but interestingly enough, there's no mention of her name on the grave. Even though she was buried there first!

They had a son named Thomas he was born in 1770 and died in 1852. He is buried in Weymouth, Massachusetts.

On the gravestone, there are various symbols. According to the Cemetery Club, here's what each one means:

This is the log entry in the Massachusetts Soldiers and Sailors of the Revolutionary War book. There was only one entry for Seward, Thomas: