One of the most popular shots in Boston is the Paul Revere Statue in the North End. Tourist from around the world come and learn about Paul Revere's history. 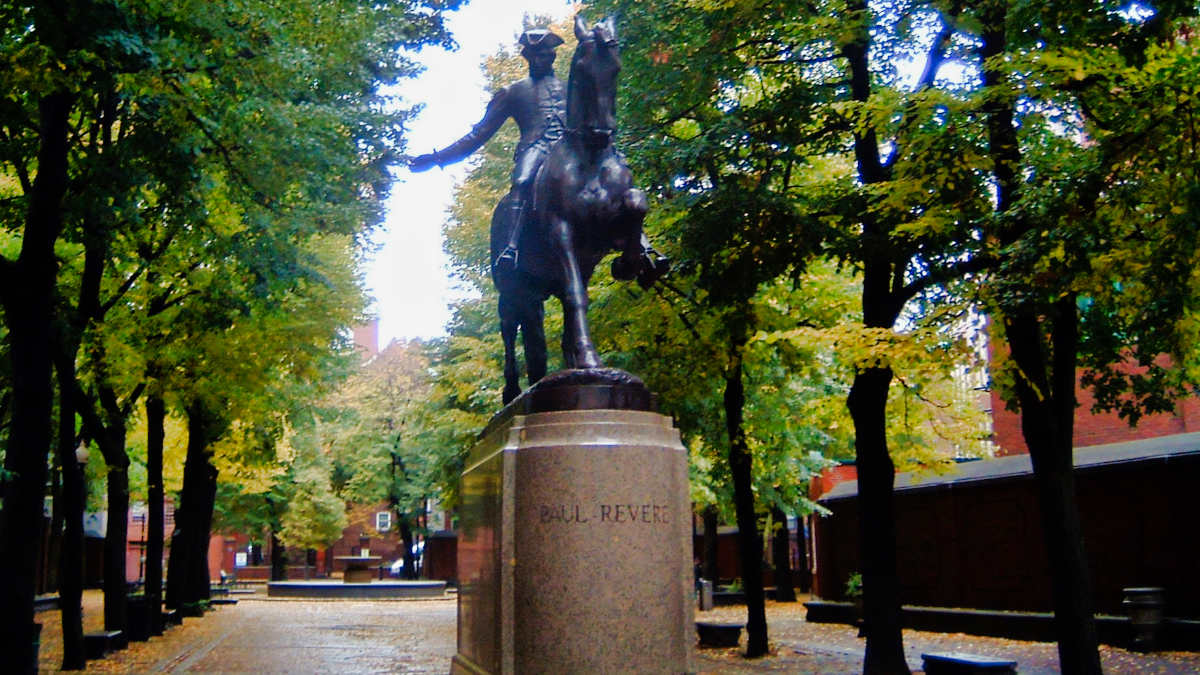 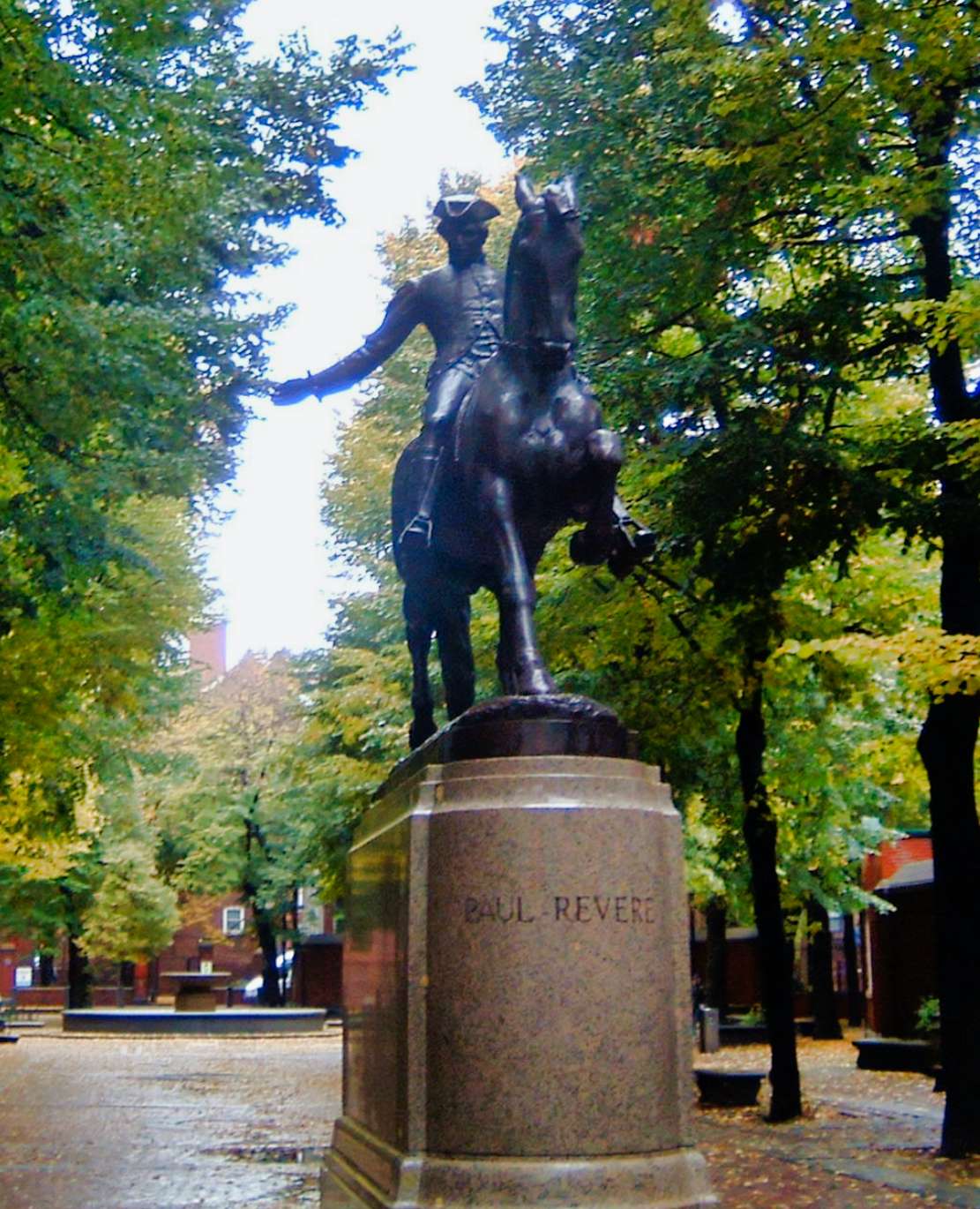 The statue was created in 1886 by Cyrus Dallin.

However it took 54 years for the City of Boston to buy and install it.

The clay model of the statue was completed in 1935 After that the statue was on display in the Caproni Galleries on Washington Street and for a while it was exhibited on the Esplanade.

The delays for Boston to purchase it was "for one reason or another." Some people say the delays were intentional because Cyrus Dallin was only 22-years old at the time he won against other famous designers.

Officially set up on the Paul Revere Mall on Thursday, September 19, 1940. The dedication ceremony was on the following Sunday, September 22nd at 2:30 pm.

The statue cost nearly a half-million dollars. The funding was controlled by the George White Fund

The statue is known as heroic, which basically means it is about one and half life-size.

Orginally some people suggested putting the statue in Copley square, at the foot of Mount Vernon Street - looking west towards Lexington and Concord. Another location some suggested was at the statehouse on the opposite side of the equestrian statue of General Hooker.

The statue base is Milford granite. It comes from Dennis F. McLaughlin. He won the bid at $7,930

Quote from the Dedication

Henry L. Shattuck, the orator of the day, said this at the Dedication:

'It is well we should honor and celebrate the achievements of Paul Revere and of our other heroes. It is just and fitting that we should sing their praises and take pride in their deeds.

But that is not enough.

We must not stop there. Nations do not live, progress, and prosper on memories of past glories. These patriots did not live for their country and die for their country in order that we might live softly. They looked to us, their descendants, to pick up and carry on the torch of liberty. They knew, and we should remember, that the price of liberty is eternal vigilance and that liberty is the heritage of the strong, not of the weak."

Mr. Dallin had a sense of humor of the whole ordeal of getting the statue in the proper place. He wrote a parody on Longfellow's famous poem. This is what the sculptor wrote to Mayor Maurice J. Tobin:

The statue is located at the Paul Revere Mall in the North End of Boston. It's located just off of Hanover Street.