One of the most famous statues in Concord, Massachusetts is the Minuteman statue at the Old North Bridge. 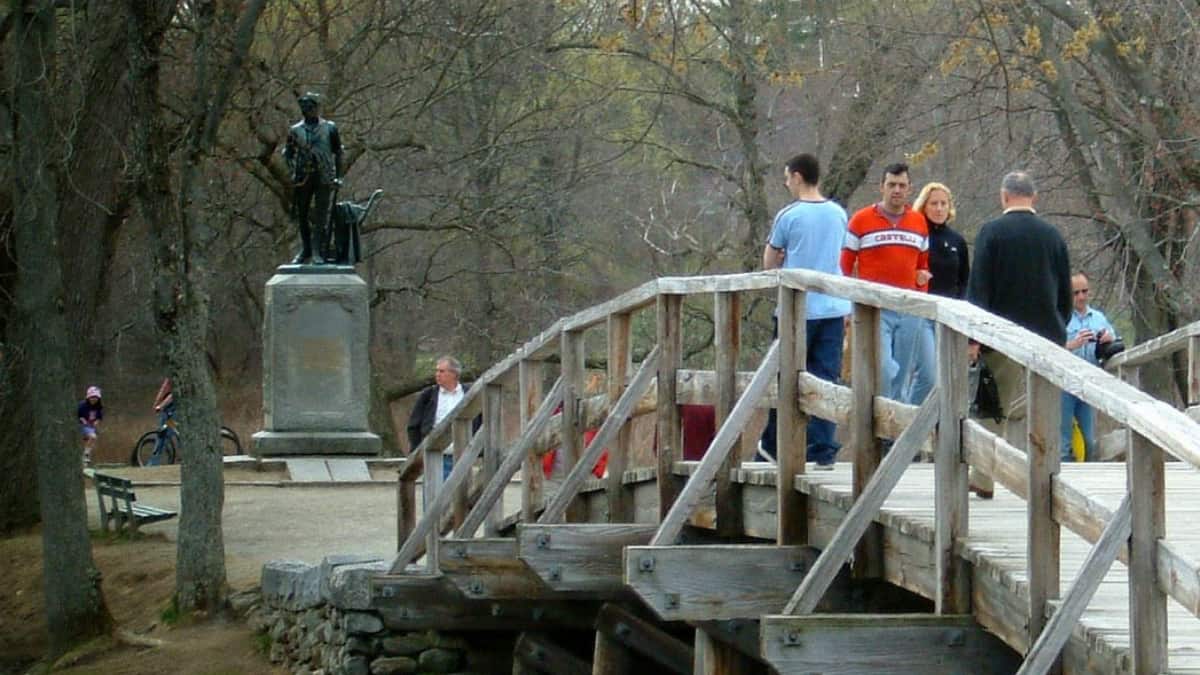 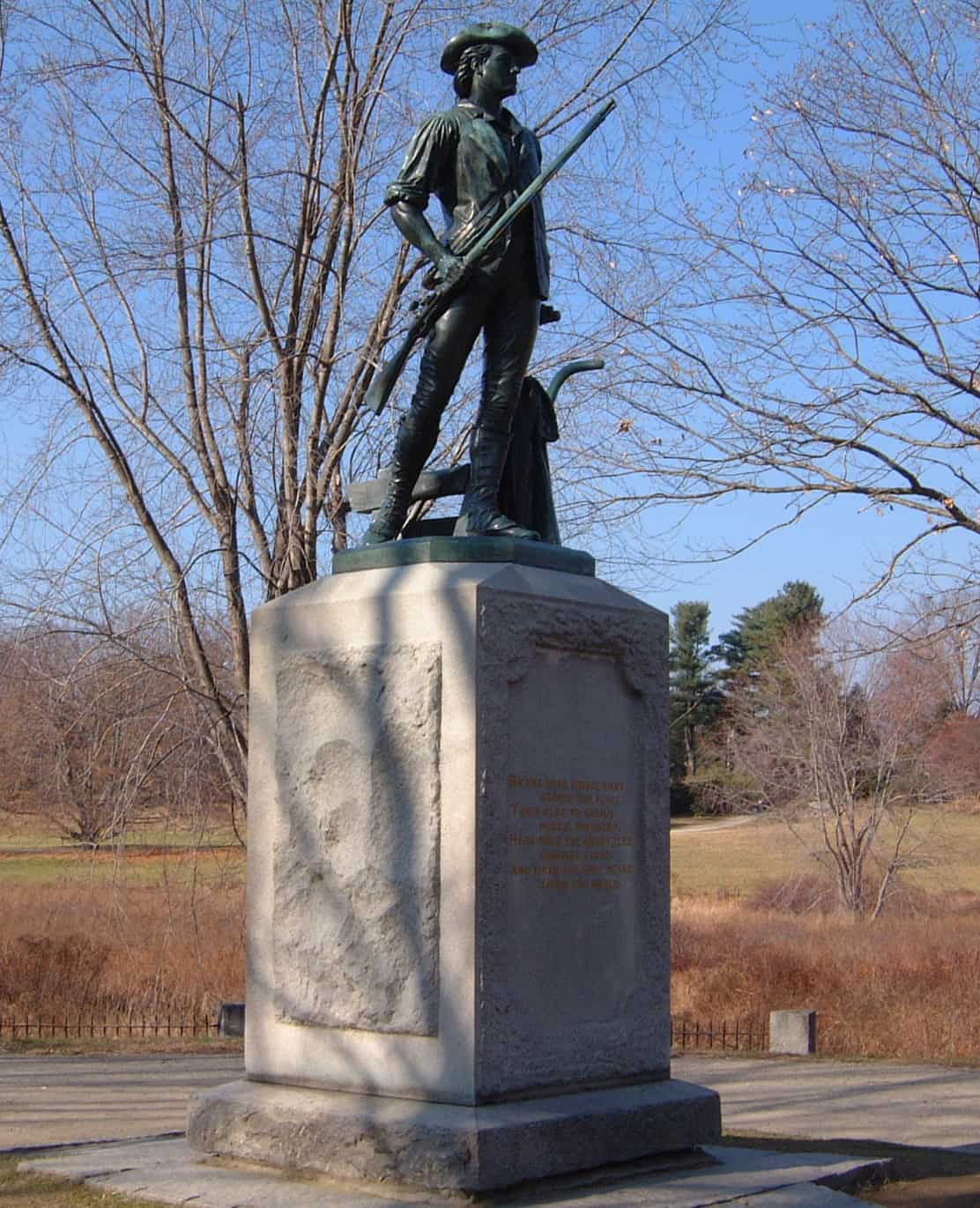 Eight things I Learned About the Statue

Installed On -The statue was Installed on April 19, 1875, as a permanent memorial for the centennial of the fight at the Old North Bridge. President Ulysses S. Grant was at the dedication. On the same day, the statues of John Hancock and Samuel Adams statues were raised in Lexington.

Rebuild the Old North Bridge First - Prior to the statue being placed on the current location, the town of Concord had to put up a new bridge. The original bridge was taken down in 1793 and there was never a need to put up a new one.

Statue Specs - The statue weighs approximately 1500 pounds. It was cast from ten discarded brass cannons donated to the town from Congress. The granite base came from a quarry in Westford. The Ames Manufacturing Company in Chicopee, Massachusetts did the casting - you can see the signature on the base of the statue back.

Design By - Created by Daniel Chester French for free of charge as he was an unknown artist. He was only 23 when he created the Minuteman statue. He was paid $1,000 ($22,909.56 in 2019). That money came from the will of Ebenezer Hubbard, a local farmer who lived in downtown Concord.

Specific Location - The statue was placed on the spot where Acton Minuteman Captain Issac Davis and Abner Hosmer were killed when the British troops fired.

Pedestal Work - John Cole of Westford did the pedestal work. He was paid $975 for his work.

New Cast Request - At a Town Hall meeting in November 1992, a request by the National Guard was made to make another cast of the minuteman so that a new statue could be placed in Washington D.C. That request was denied.