In Boston's Old North Church, there is a plaque to commemorate when Queen Elizabeth II said a prayer during her visit to Boston in July 1976.

Thousands of people came to watch the Queen visit sites around Boston on her Bicentennial visit to the United States. 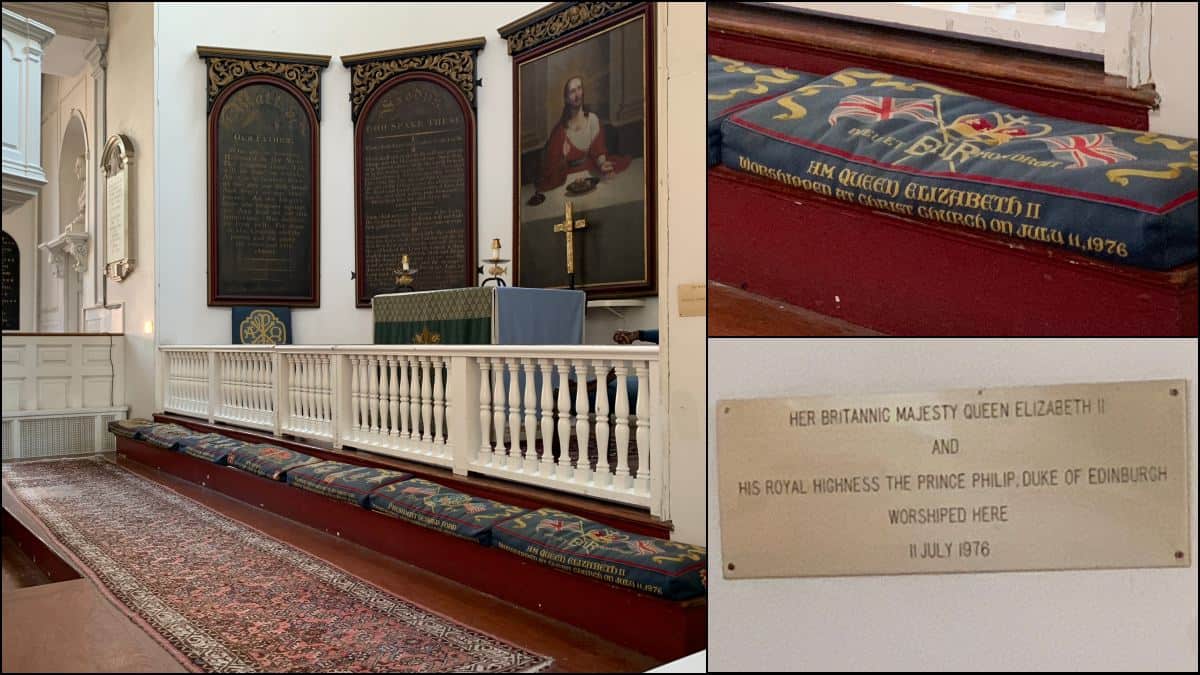 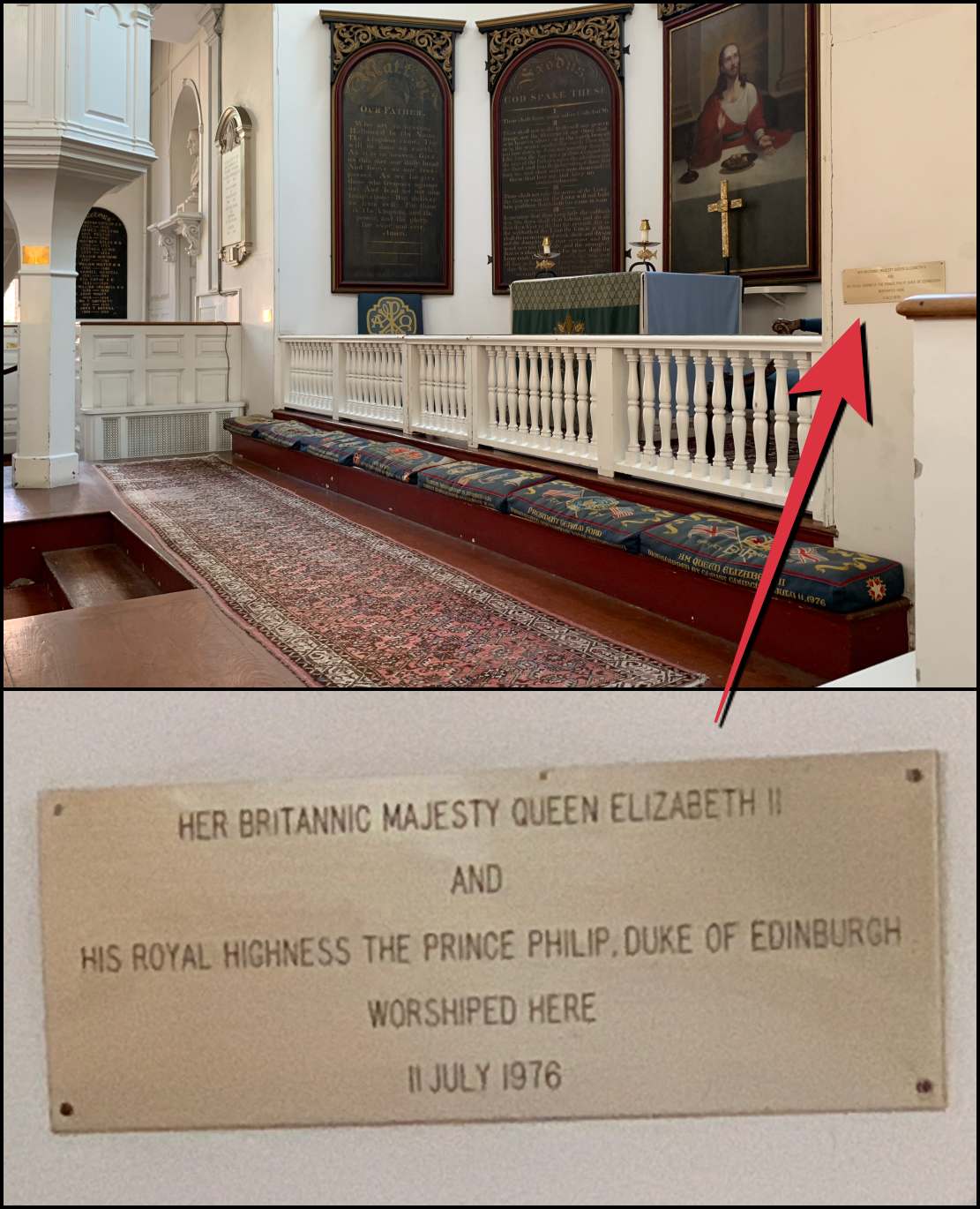 Fun Facts about the Queen's Visit to Boston

Queen Elizabeth, Prince Philip, her Mistress of the Robes, her Lady-in-Waiting, her Equerry-in-Waiting, her secretaries - a total of 52 arrived in Boston on July 11, 1976. She arrived on her royal yacht HMY Britannia escorted by the USS Constitution.

The Queen's visit to Boston was the first time a reigning monarch visited the city of Boston.

Prince Philip and Queen Elizabeth first stop was a morning prayer at the Old North Church.

At the Old North Church on April 19, 1975, President Ford lit a third lantern dedicated to America's third century of freedom. Upon seeing the lantern, the Queen remarked, "May the light never be dimmed."

After the Church they headed over to the Old State House where 200 years earlier the Declaration of Independence was read to the citizens of Boston.

Queen Elizabeth was quoted saying, it was here "that it all began."

They started the historic Bicentennial visit in Philadelphia on July 6 on her boat the Britannia. She attended a state dinner at the White House, toured the nation's capital, spent a day in New York, visited Thomas Jefferson's home near Charlottesville, and had a special dinner party on the Britannia in Newport Rhode Island. Boston was the last stop on her Bicentennial visit to America.

The queen was given a tour of the city by Gov. Michael S. Dukakis and Boston's Mayor Kevin H. White.

She left Boston late in the day on the HMY Britannia heading North to Nova Scotia.