At the Granary Burying Grounds are buried some of the most important patriots that help shape this nation. You can find Paul Revere, John Adams, and many more Patriots.

One of the "famous" gravestones that you'll encounter near John Adams is the one for those that died as a result of the Boston Massacre.

If you look carefully you'll notice that a young 12-year old boy is buried that died a few weeks before the Massacre is also buried there.

This is the story of a forgotten Patriot of the American Revolution: 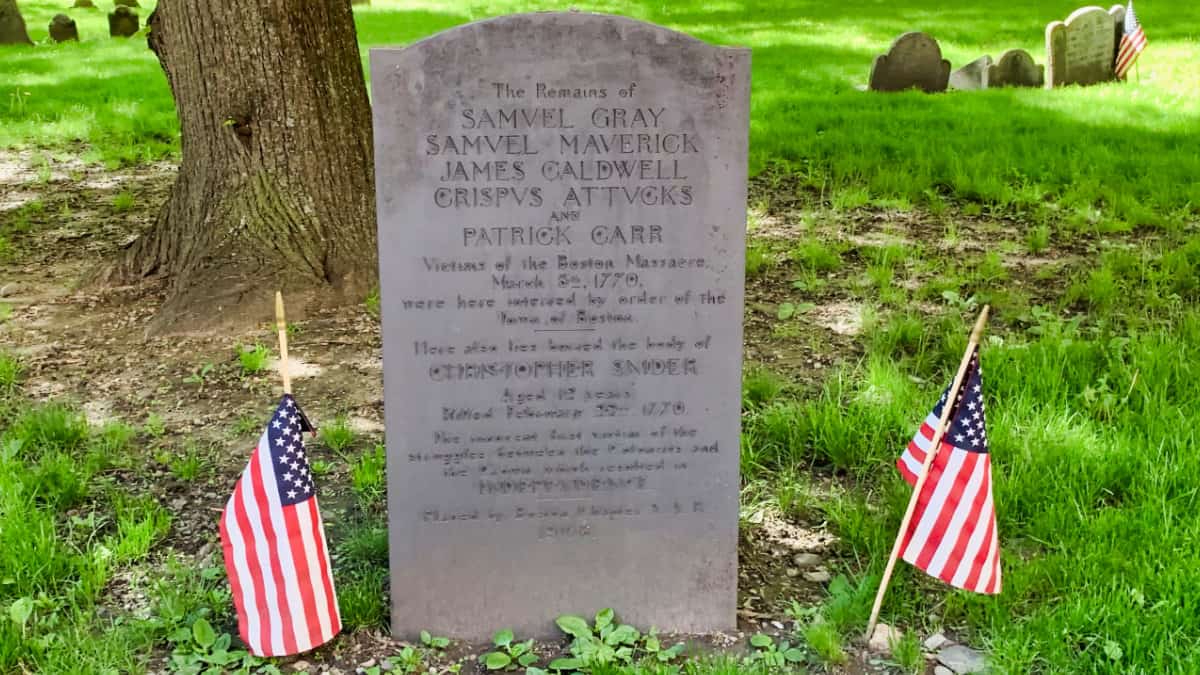 Ebenezer Richardson, a customs informer, with some bad ties with the Sons of Liberty, tried to take down the sign. The crowd got angry and he was chased back to his home.

Once he arrived home some of the boys in the crowd started throwing snowballs and rocks at Ebenezer's house. Ebenezer went upstairs and fired several shots on the crowd injuring Christopher Gore and instantly killing Christopher Snider.

John Adams said, "My eyes never beheld such a funeral."

On foot of his coffin are the Latin words, "latet anguis in hebra!" which means, "a snake hides in the grass." On the head of the coffin is the inscription: "Innocence is nowhere safe."

Ebenezer Richardson barely avoid a lynching by the crowd and was tried for his crime. He was found not guilty and moved to Philadelphia.

Things I Learned about Christopher Snider

Name on the gravestone is spelled Christopher Snider but it's also known as Christopher Seider in some British print.

Christopher Snider was born in 1758. (His exact birthdate is not known.)

After his death the Sons of Liberty were making plans to build a monument to honor Christopher Snider - that never happened.

According to the Son's of Liberty, Christopher Snider is considered to be the first martyr of the Revolutionary War.

On March 8th, 1899 the single stone was placed on the existing gravesite - it was the first time that the names of the Boston Massacre and Christoper Snider were on the same marker . On May 30, 1906, the Sons of the American Revolution dedicated a new Boston Massacre memorial. This is the memorial that you see today.

On the old tablet, Christopher Snider is mention on the backside - "Here lies buried the body of Christopher Snider, aged about 12 years. Killed Feb. 22, 1770. The innocent, first victim of the struggle between the colonists and the crown, which resulted in independence."