The Boston's Old North Church is one of the popular stops that people go to when visiting Boston. It's the place where Robert Newman and Captain John Pulling hung lanterns to let Paul Revere know that the British were coming by sea.

The Old North Church is a great place to learn all about the events on April 18, 1975. There are lots of exhibits and information that explain all about how the Church played an important role in American History.

Among the historic artifacts is a bust of George Washington Bust. The bust is located above the door on the left side of the alter. 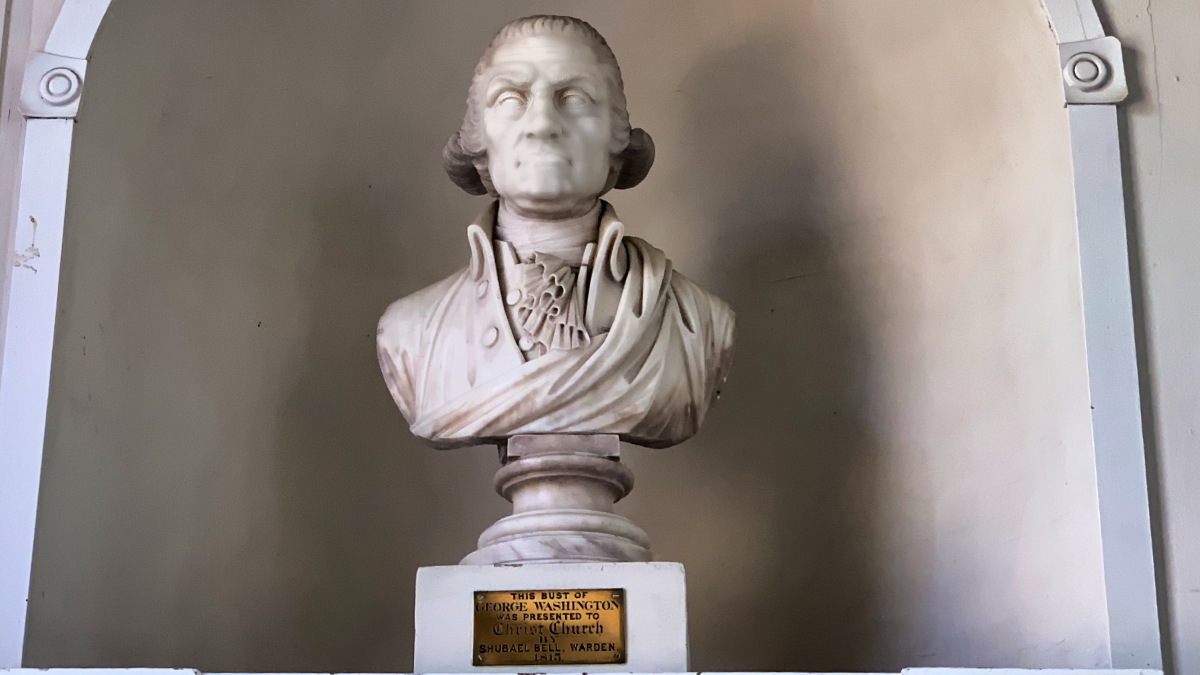 Inscription under the bust:

"This bust of George Washington was presented to the Christ Church by Shubael Bell, Warden 1815."

In the left aisle, on the post where the Hymns is located is this interesting plaque: 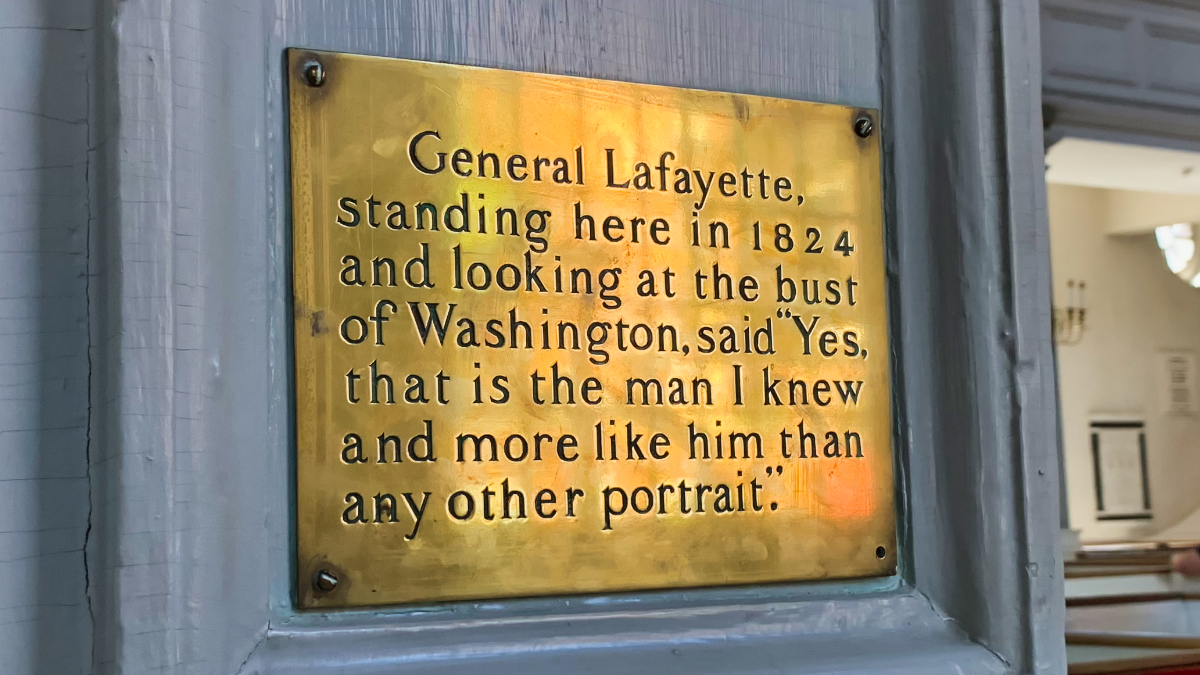 Who Was General Lafayette?

As a General, he spent a lot of time with George Washington at Valley Forge - especially during the rough winter of 1777.

Only at the Old North Church

You can only find the authentic George Washington bust at the Old North Church in Boston, Massachusetts.