The Ether Monument, is a statue and fountain near the northwest corner of Boston's Public Garden, near the intersection of Arlington Street and Marlborough Street. It commemorates the first use of Ether in anesthesia in 1846. 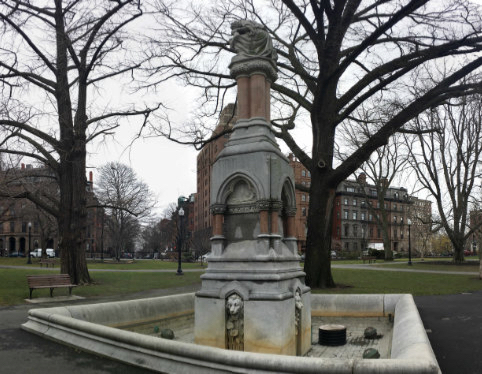 Things that I learned about the Ether Monument

At the base of the monument is a plaque on the ground that reads:

Preserved with support from local citizens, Save Outdoor sculpture!, Target Stores and The National Endowment for the Arts, SOS! is a Project of Project of Heritage preservation and Smithsonian American Art Museum.

The monument is located in the North-West corner of the Boston Public Gardens. It's located near the intersection of Arlington Street and Marlborough Street. If you're on the Lagoon Bridge, walk towards the Washington Statue and turn right. Follow the path along the lagoon.