When macOS Catalina was introduced, Apple quietly made a change to how it supports old file system formats.

Apple dropped support for formatting or writing HFS disks and images, which remain supported as read-only volumes. Starting with macOS 10.15, **HFS disks can no longer be read**.

This means that if you have CDs or DVDs using this format you will start seeing this error:

Could not mount 'X". (com.apple.DiskManagement.disenter error 49153.) 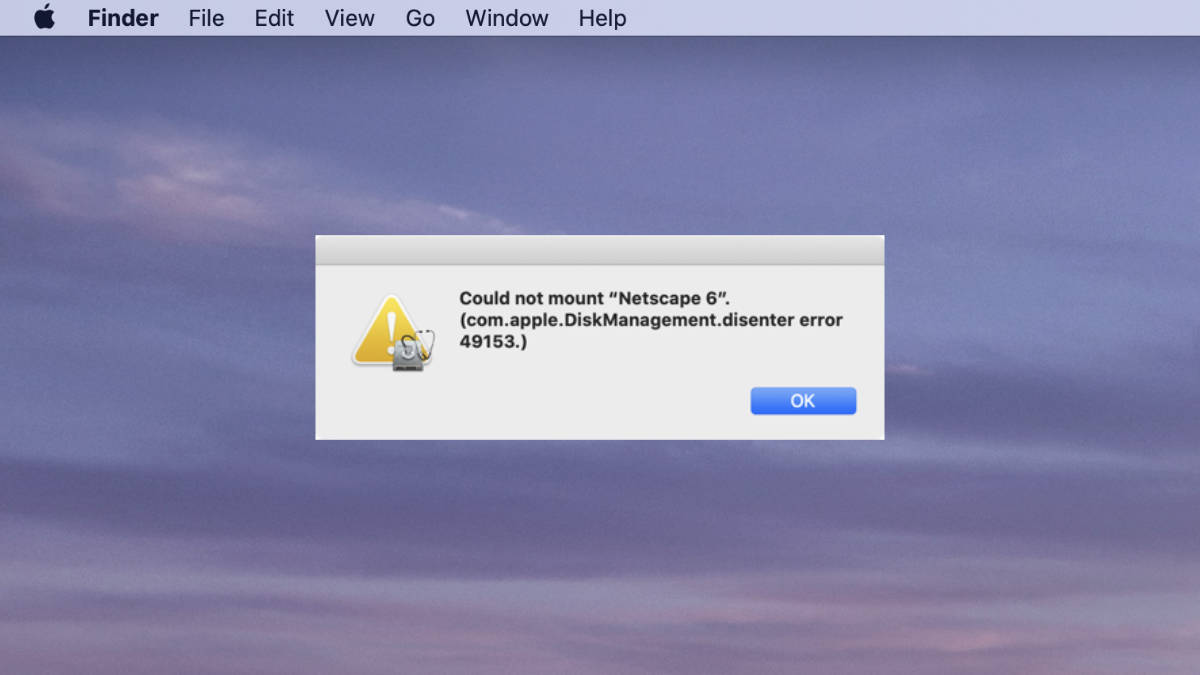 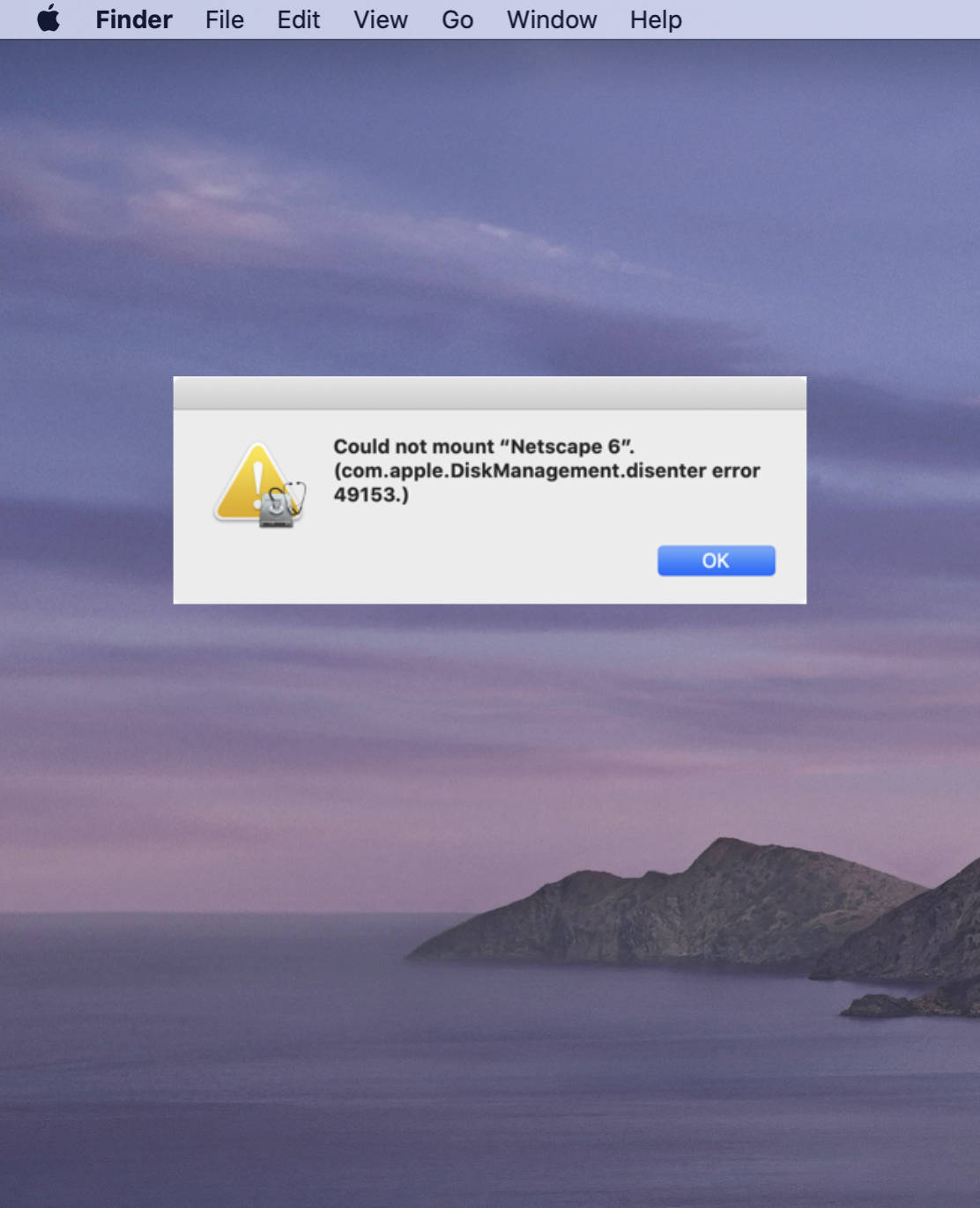 There is no way around reading these disk media files in macOS Catalina and beyond. You will need to "rollback" to the previous MacOS or use an older iMac.

Remember this doesn't happen to all media. Only media files that used HFS disk format.

Note: This also applies to USB Thumb drives. If you have some old drives that suddenly stopped working, it could be this reason.

There is a difference between HFS formats: 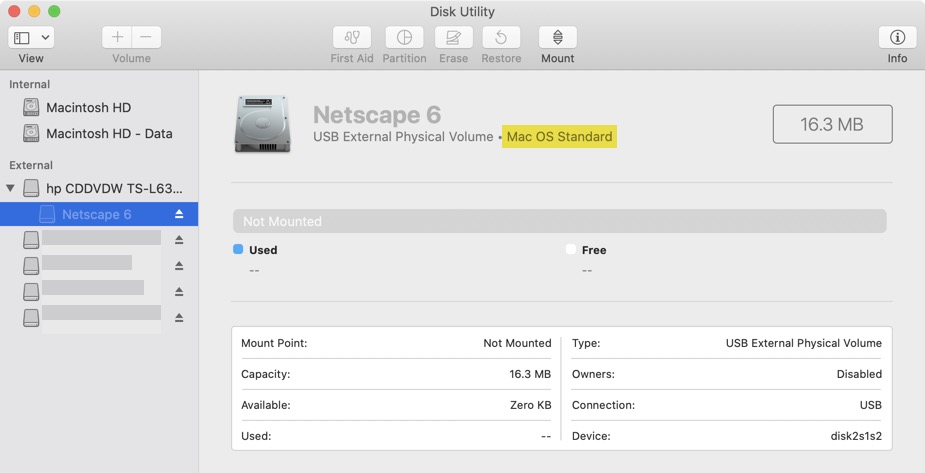 Using Disk Utility, I highlighted the file system being used my Netscape 6 CD. As you can see it was formatted for Max OS Standard. So now, if I want to get files off this CD, I have to use an old Mac. (Netscape had some cool space images on these CDs.)