Recently I was going through an old bin in the basement and came across an old flyer for Purity Angelo's and Heartland. This is from July 9th, 1989. 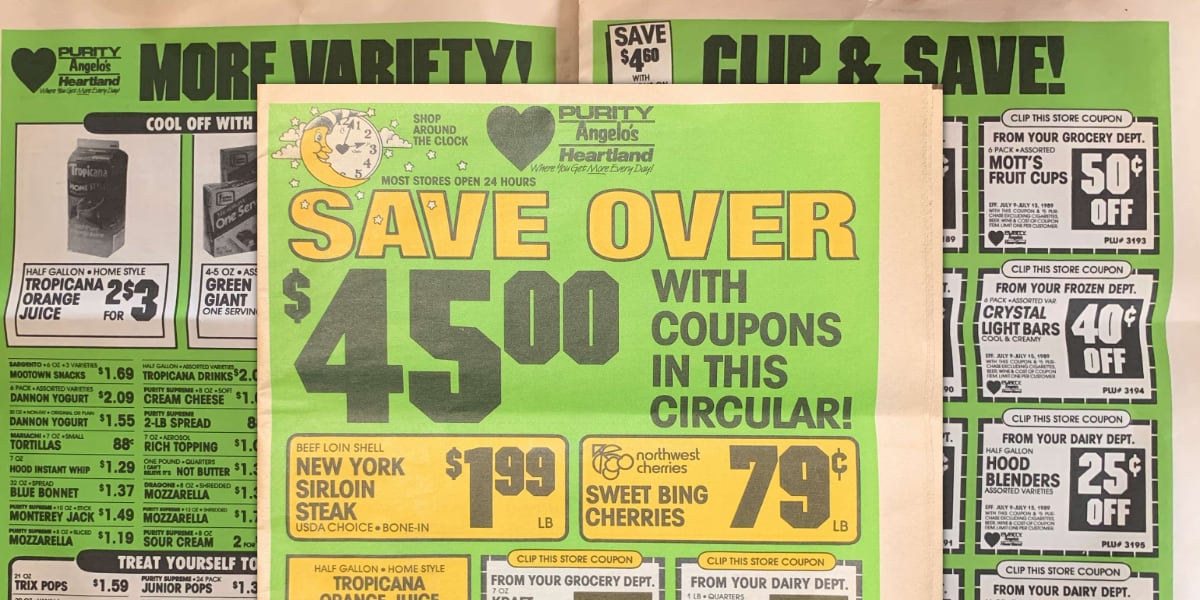 Yes this flyer is 30-years old! Download the PDF version of the Flyer and check it out!

The flyer was for the stores on Cape Cod. I probably saved this because that's when I was working at the Purity Supreme in Dennis.

Purity Supreme was acquired by Stop & Shop in 1995.

Four Things I Learned from this Flyer

If your looking for what?s hot in music - Spotify is the place to go. You can find some awesome playlists from people that know music. 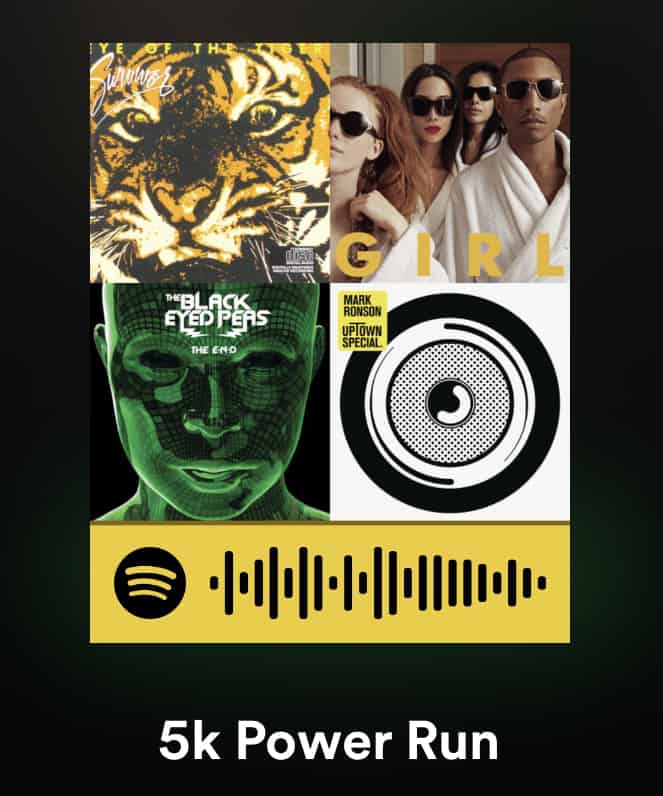 I put up my workout music that I am using for my two 5k runs. This is the official playlist that I will be using as I try to break my personal best records. 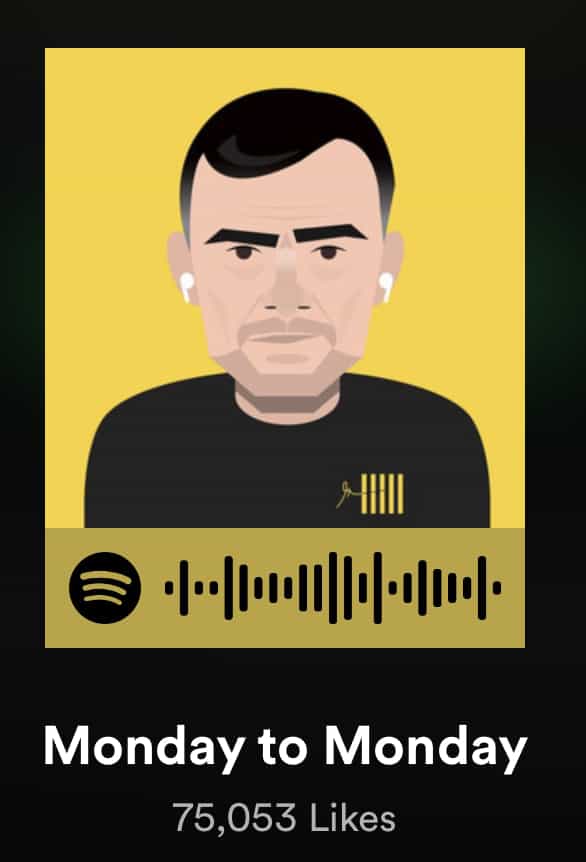 Gary Vee has an update playlist of music called "Monday to Monday". Listen to some new songs - as he updates the playlist for songs that inspired him. 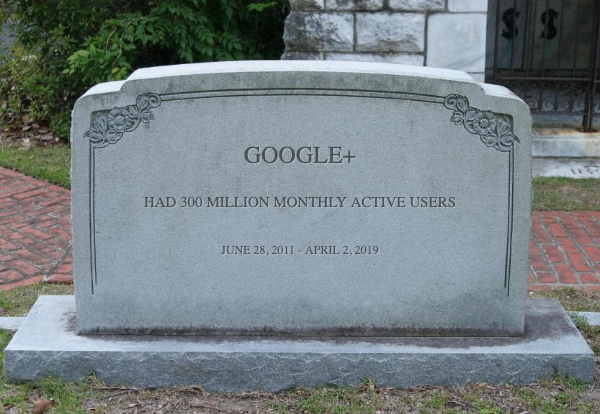 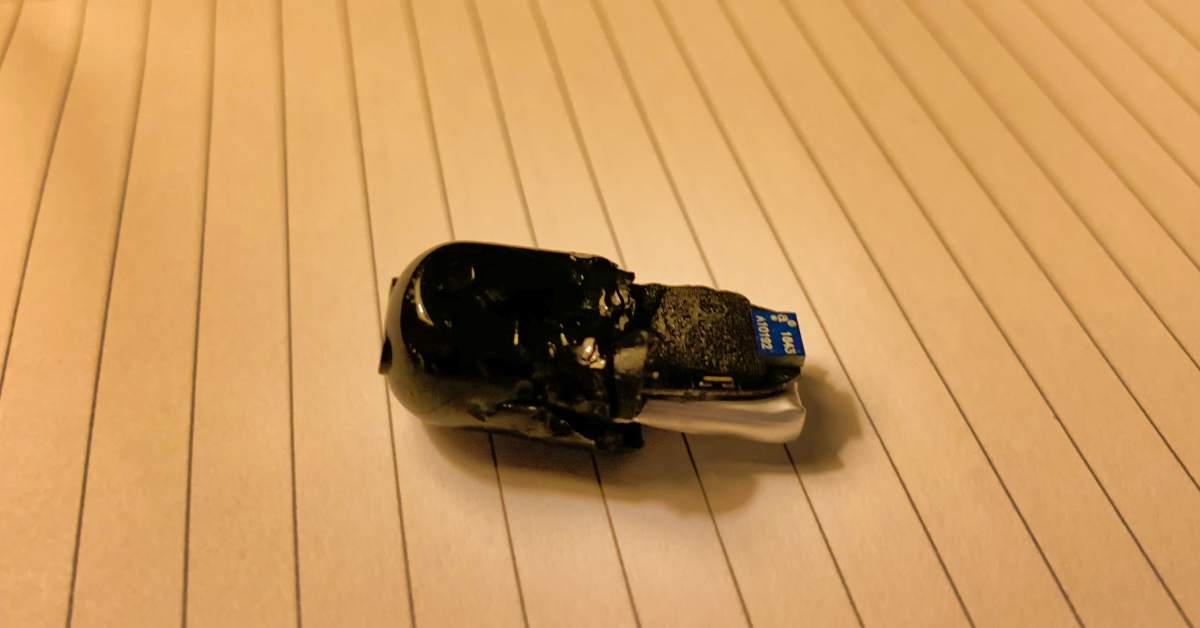 This week I got a strange voicemail. What made is strange is that when I got the call it showed up as No Caller ID and only rang once. Moments later a voice message was left. 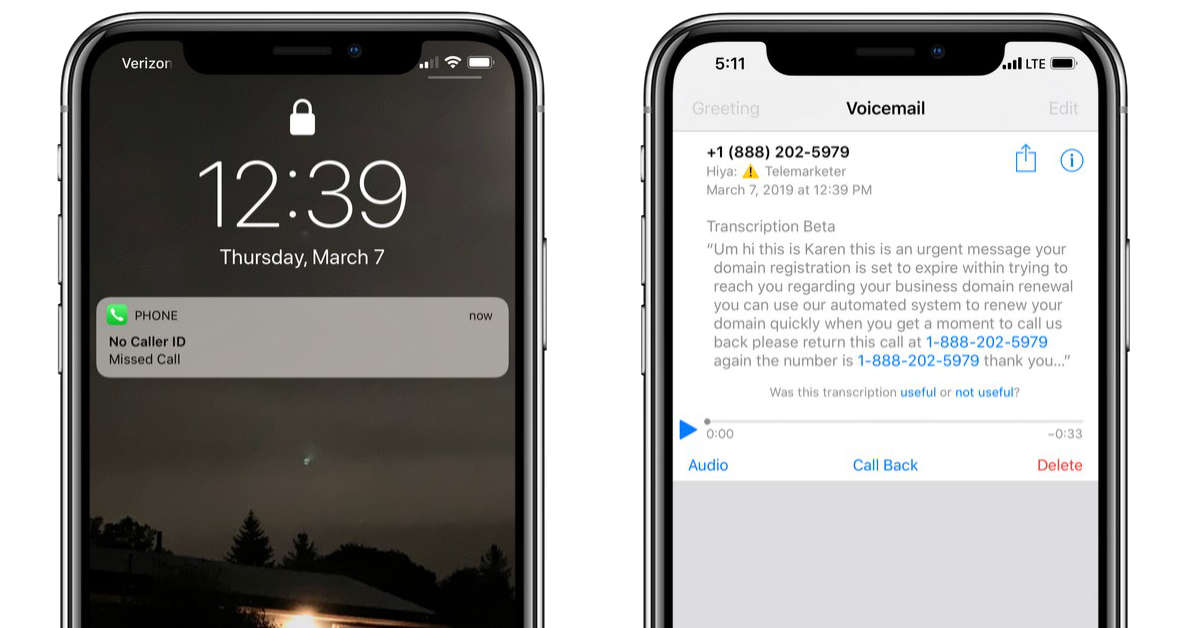 Took a screenshot when the call came in, and then later of the message that was left.

This has nothing to do with domain registration. What they are trying to do is to trick you into registering into an SEO search program.

Here's What I Learned

Text on the Final Order Page

This is the text that appears on the final order page:

This letter is to inform you that it's time to send in your search engine registration for ***.boston.

Failure to complete your search engine registration by March 17, 2019, may result in the cancellation of this offer (making it difficult for your customers to locate you using search engines on the web).

Your registration includes search engine submission for ***.boston for 1 year. You are under no obligation to pay the amount stated above unless you accept this offer by March 17, 2019. This notice is not an invoice. It is a courtesy reminder to register ***.boston for search engine listing so that your customers can locate you on the web.

My domain isn't expiring, I registered it back on October on GoDaddy - apparently, other GoDaddy customers are getting these messages.

This is the Registration information of the company behind the website.

Apple Maps has a rough start on iOS. It shipped with IOS 6 back in 2011 and had some well publicized problems. Things seems to have been fix and the application has seemed to be reliable.

However this weekend I noticed another flaw in the company details section. When checking for the hours of American Girl in Natick on a Saturday night - Apple Maps said the business was closed at 6 pm.

We were eating dinner next door to American Girl and noticed people coming in with American Girl bags - was the store still open?

We we checked the American Girl website and discovered that it closes at 9 pm on a Friday night.

I doubled checked Apple Maps and it does say 6pm. I then checked Google Maps and saw they had the correct closing time for American Girl. 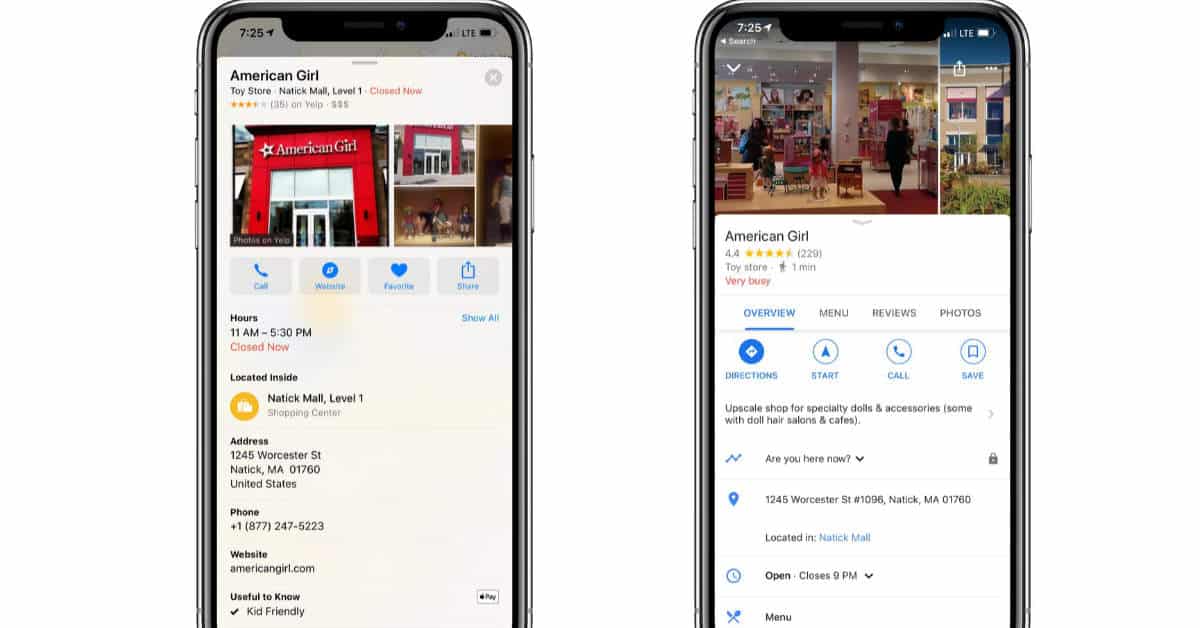 Don?t trust Apple Maps for business times - this isn?t the only local business that had the incorrect times.

When it really matters used the company website to find the right time. Only use the maps apps as a general information.

I found that information when I was going through the mail on my old Powerbook laptop. It's one of the oldest emails that I have on the computer.

Here's the copy of the Amazon confirmation that I got:

The thumbnail images didn't show up when I enabled the Internet on the laptop. (Not surprising!)

Here are the current prices:

Looks like the Set Your Voice Free by Donna Frazier was the book that has the best appreciation.

Have you been getting calls about your car warrantee being expired? Chances are its from a reseller of American Auto Shield or Car Shield.

Recently, they have been calling me a lot, trying to get coverage of a vehicle that I don't even own. In the latest call, the operator sent me a copy of the contract. Glad they did because there's no way I would have signed up for them. 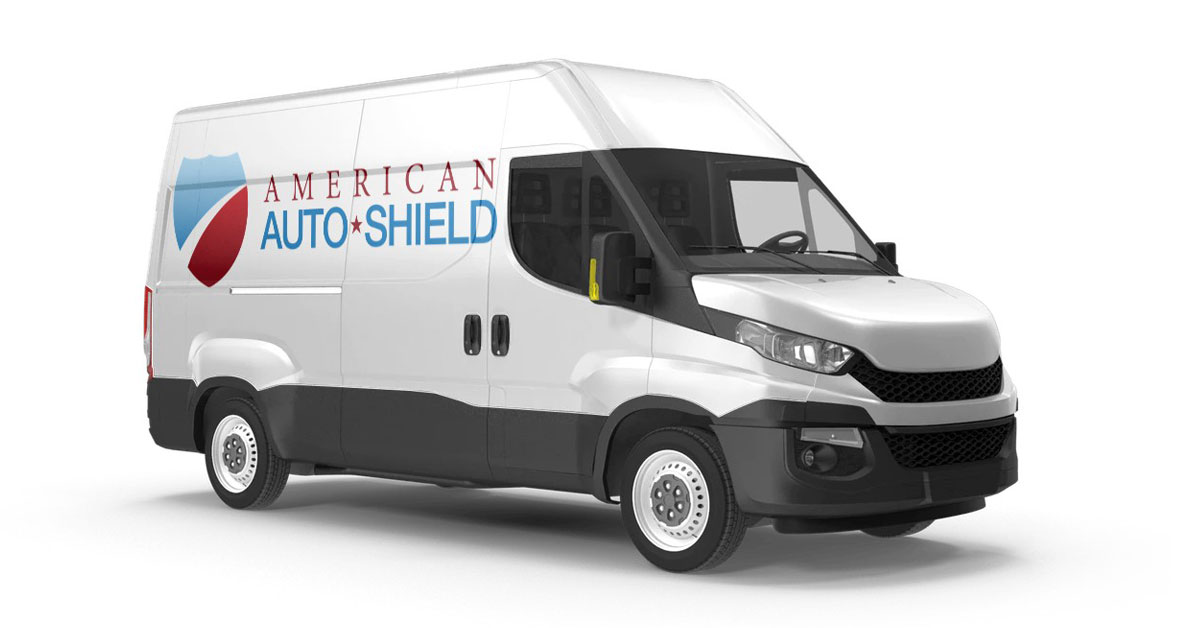 When you talk to a salesperson on the phone, they will tell you to make a decision right then. The reason is that they don't want to discover reviews online. Here are a couple of review websites that offer some insights on consumers services:

Interesting that they do have a good review on the Better Business Bureau website.

One thing I notice is that they never tell you the name of the company on the call - until you ask. I wonder why is that?

Just because a website is marked as "secure" it doesn't mean that it is safe to enter data.

Case in point is this site: https://controlpanel.msoutlookonline.net/ it seems like a legitimate site but it's not a safe site. Think it?s real? See what happens when you click on the "Forgot Password" link. In Chrome or Firefox, you're alerted that the site is suspicious. 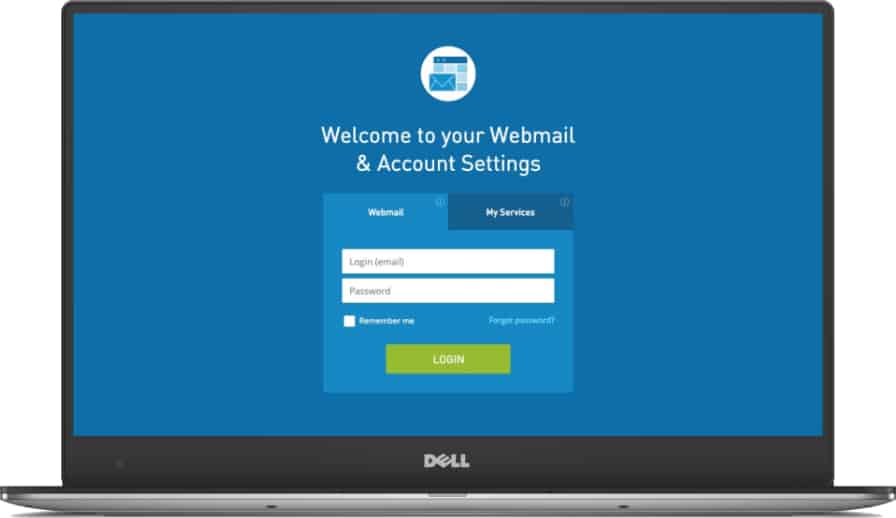 This site was found searching for OWA - Outlook Web Access. It?s so easy to think that it?s real.

Make sure the site you are on is the right site, change your password frequently and make sure you have unique passwords on all the websites you do use. This way if your password is compromised you don?t have to worry about changing passwords on multiple sites.

This is it. Here?s the email that some say launched the Internet Revolution. Marc Andreessen first public announcement that Netscape is now ready for public beta.

Please make sure to read the README and LICENSE files.

An up-to-date listing of mirror sites can be obtained at any time by sending email to release@mcom.com.
Subject to the timing and results of this beta cycle, Mosaic Communications will release Mosaic Netscape 1.0, also available
free for personal use via the Internet. It will be subject to license terms; please review them when and if you obtain Mosaic
Netscape 1.0.

A commercial version of Mosaic Netscape 1.0, including technical support from Mosaic Communications, will be available
upon completion of the beta cycle. Contact us at info@mcom.com for more information.