The one thing nice about the iPhone X's Plus is that you'll be taking more pictures. Pretty soon you may find that you have way more pictures on your phone than ever before. Automatically backing up the pictures to a cloud service is helpful to manage space on the phone.

For years I have been using Google Photos for my photos and video backups. It's still an important part of my iPhone backup strategy. It's a good source to use to backup photos whenever the iPhone is charging. You don't have to think about it - just enable back up and let it run.

Here's what you get if you use the High Quality option - otherwise known as free storage option: 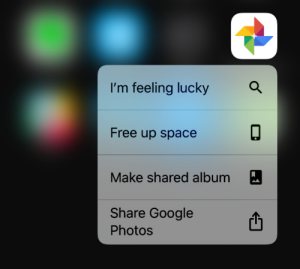 Press and hold the icon for the 3D Touch Menu

Did you know that there are some options when you hold down the icon for the 3D Touch? You can:

Free up space - Remove photos from your phone that has been back up to Google Photos. Useful when your on vacation and need the space.

Make Shared album - Quick way to launch Google Photos app and start selecting photos to share. Useful when you take a bunch of recent photos and want to share them.

When people open the box of the iPhone XS Max, one of the things that were missing was a jack adapter for the headphone jack. Apple had removed the audio 3.5 mm port since the iPhone 8, but they included a jack adapter so people could connect their "legacy" headphones to the lighting port.

I say "legacy" because there's still a lot of manufactures that are producing quality headphones and accessories using the 3.5 mm port. Not everyone believes or trust bluetooth as a good audio source.

Included in the box is a charging cable, USB wall jack, earbuds which connect to the lighting port and the iPhone XS Max.

For some reason someone Apple feels they need to cut back on expenses especially when someone is spending $1,200 for their smartphone. If you want the jack adapter - that's extra. Just like a case, smartphone screen cover and extra cables for work and the car. 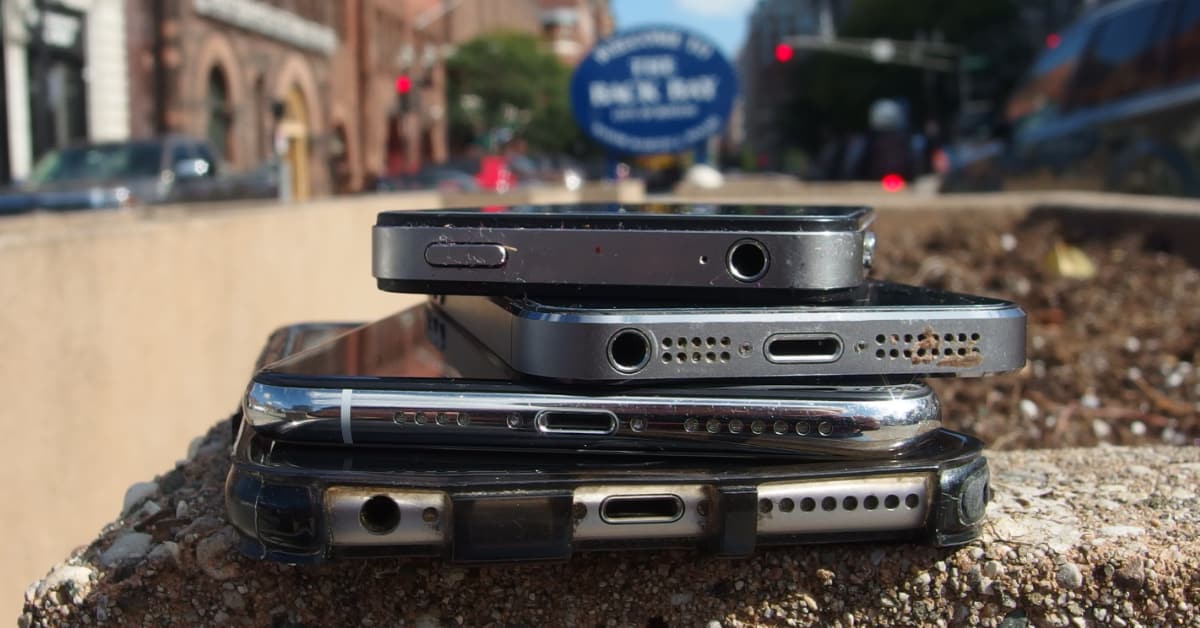 Personal Collection of iPhones showing the audio port in all the old iPhones.(Taken with my Olympus XZ-2)

A Lightning to 3.5 mm Headphone Jack adapter will only set you back $9 at the Apple Store or $8.60 on Amazon with free shipping with Prime (Price may vary).

So getting one won't break the bank. But it's the principle of it. If someone is willing to spend $1,200 on a smartphone device, at least include it in the box.

There's plenty of space in the box for the jack adapter, so that's not a valid excuse.

Not the First Time Apple Done this

When the iMac and MacBook Pro came out without a DVD drive, Apple promoted that if users needed a drive, they could purchase a USB DVD drive for $99.

The EarPods with Lightning Connector that's in the box, cost $29 at the Apple Store. I am pretty sure that most people will use the Headphone Jack adapter than Apple's headphones.

Last month I upgraded my iPhone 6s Plus to the iPhone XS Max. I had the opportunity to upgrade last year but decided to wait a year because I didn't really see any "must have" features in the iPhone X. At the time, I knew that the camera was better, but it didn't seem worth upgrading.

After using the new phone for a week I am very happy to upgrade. Its a pretty powerful device and I am looking forward to using it.

I still have the iPhone 6s Plus and will use it every once in a while. 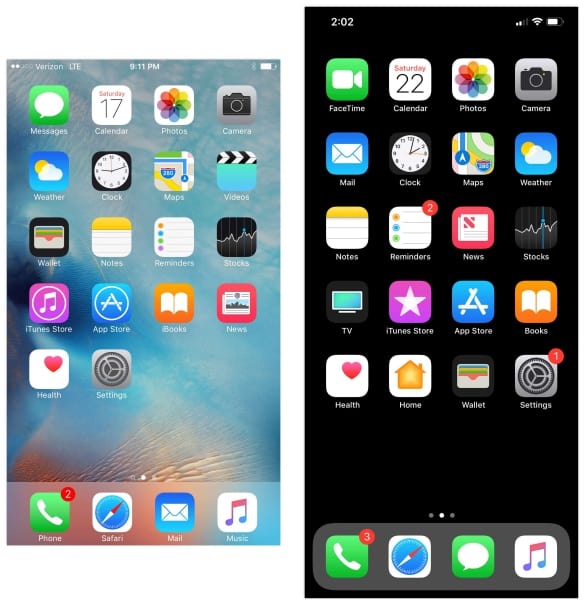 iPhone 6s Plus vs the iPhone XS Max
Click on image for a larger version.

Whenever I get a new phone, the first thing I do is take a screenshot of the main screen after it loads up. I didn't realize how much bigger the iPhone XS Max screen was to my iPhone 6s Plus.

This iPhone will replace my Olympus ZX-2 - which I spent a great deal of time researching back in 2015. I'll still bring the camera on vacation. But for the most part, the iPhone XS Max will be my primary camera.

You can read about all the different cameras that I considered looking at back in 2015 on my Olympus XZ-2 iHS page. I'll update the page with how it compares to the iPhone XS Max.

Two Things Need to get Use to

I don't have an iPhone case yet. I plan to get one at some point. I just need a good case that lets me hold the phone right.