A few years ago the "This Disney Life" posted a list of photo opportunities to take a Disney World. The list contained the must-have photos for any trip.

Kyra include a point system as to indicate the difficulty of taking some of the shots.

I transcribed the list to an easy to use PDF document. In addition, I added a new "Expert Only" category where taking certain shots may involve some additional photographic expertise. 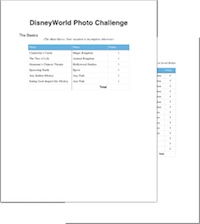 Some of the "Expert Only" shots include:

Let me know what shots you think are the most challenging to take at Disney World.

We are getting things ready for our next big Disney adventure to the Disney World. I was backing up some of the photos that I have in my collection and started sorting things out by date.

I noticed that it was a bit hard to figure out what park we visited per day. I could have just named the folders by the park, but on this trip, we actually visited a couple of parks more than once.

So I decided to make some custom icons to make it easy to figure out which park we went to:

Macintosh users, please feel free to download and use these for your own folder collection.

Folder Icons Makes all the Difference

Having a good fold icon can make a huge difference, see the before and after:

The folders that didn't have icons are the off days when we didn't go in the park. On this particular trip my daughter was sick for a couple of days and we didn't go to the park.

My daughter just turned 6 and is now 44" tall. Looks like there are only a few rides that she can't go on: 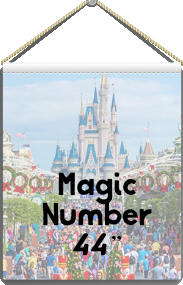 Once such items are the Original Beer Mug that was once own by President George Washington. The sign reads:

In George Washington's time, mugs like this on were used to drink large quantities of fermented alcoholic beverages, including gin, beer, and cider. According to family lore, Washington use this mug every day to drink cider with his midday meal. 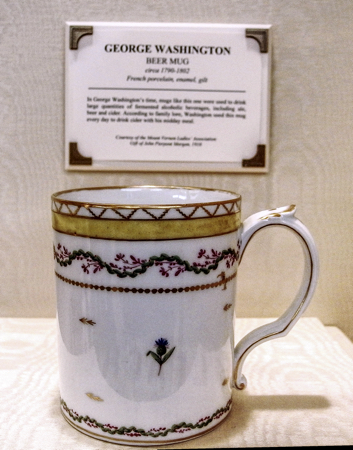 George Washington was President from April 30, 1789 - March 4, 1797. Which means that this mug was most likely used while he was the first President of the United States. You can find the mug by white bookcase to the right as you walk in.

The Hall of Presidents will be closed will be closed for refurbishment from January 17 through June 29, 2017. During this period they will add a new Donald Trump animatronic to the hall.

Longest Ride in the Kingdom

I was wondering what are the longest rides at the three major parks in Disney World. (I intentionally excluded the Animal Kingdom as we won't be going there on our next trip.)

Criteria:
These are actual rides and not shows or entertainment areas such as Tom Sawyer Island. Most shows last roughly 25 minutes. Entertainment area times may vary depend on the interest in the area.

The Astros Orbiter and Dumbo the Flying Elephant have the same ride duration. (1.5 Minutes) Which is kind of interesting because they are basically the same type of ride, they have a different outer shell. 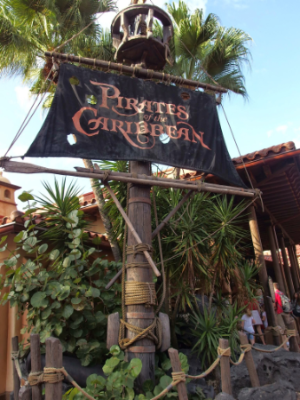 The Pirate of the Caribbean is a fun ride where users get on a boat and enjoy a voyage back in time when pirates would rule the seas.

The "surprise" part of the ride is the two waterfalls in the beginning of the ride. The drop is done in complete darkness. You may get wet depending on how many people are in the boat.

Warning: Do not place bags on the floor in the boar, the bag will most likely get wet.

Popular sites you will encounter include:

George the Pirates of the Caribbean Ghost

Cast Members at Disney World have confirmed the story of George the Ghost. Over the years Cast Member have blamed him for various ride failures.

George is allegedly a friendly ghost. When you are on the ride, make sure to say Hi to George.

From As you pass the ship where the captain is brandishing his sword and firing cannonballs over your head, his shadow is thrown up on the mainsail. As the captain turns, his shadow turns into you-know-who. Especially blatant at Disneyland it's also effective at Walt Disney World. Although it's not a really clear Mickey when seen from the front. The "ears" are more like tall skinny humps on top of a roughly round shadow. At one point in the sequence, the humps get a little wider and the whole thing looks reasonably like a Mickey. The Mickey is much clearer when you look at the other side of the sail. As you go past the sail continue watching and the elongated shapes that are somewhat suspect in the original shadow become a well formed Mickey head on the reverse side of the sail. Timing is key. The pirate is a moving figure, so his shadow only makes a hidden Mickey when he turns the right way.

In the Treasure room right as you are exiting the room there are a lot of pearl necklaces on the ground on the left. If you are riding the ride, it may just seem like a clump of pearls. If you raise your head a little, some of the Pearls are in a Mickey. It is right as you are about to go into the exit area for the ride.

In the Pirate ship scene right before the drop. If you look at the background behind the ship you'll see a set of clouds that resemble the famous Mickey Mouse symbol 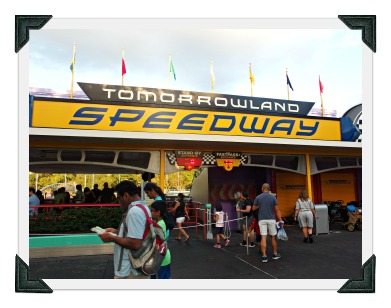 The Tomorrowland Speedway is the opportunity for kids to show that they can drive a car. You can experience the glory of the Indianapolis Motor Speedway as you drive your own Indy 500-type race car on a guided track to the victory flag.

On our next trip to DisneyWorld we will be staying at the Pop Century All Star resort. This will be our first time staying at this popular resort. In 2015, we did stay at the nearby Art of Animation Resort.

A brief description of Pop Century Resort From Disney's Website:

Experience the unforgettable fads of the 1950s through the 1990s all over again. From yo-yos and Play-Doh(R) to Rubik's Cube(R) and rollerblades, this Resort hotel salutes the timeless fashions, catch phrases, toys, and dances that captivated the world through the decades.

Here's some things that I learned about the resort.

A map of where Pop Century is on the Disney Property: 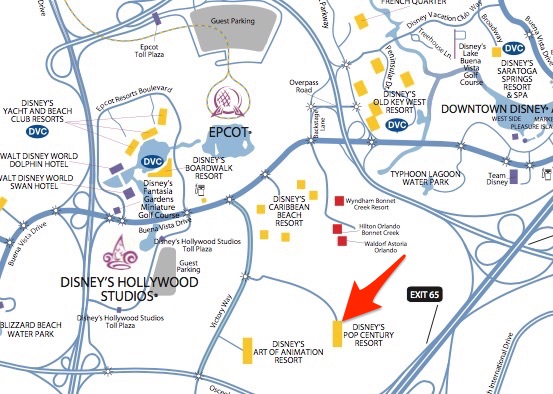 Some Fun Facts about the Pop Century Resort

Food Court name is "Everything Pop"

There are three pools for guest to select from: Hippy Dippy Pool, Bowling Pool and Computer Pool

Guest should bring their own towels to the pool as towels are not available at the pools.

Resort rooms will undergo a "hard goods" refurbishment starting October 16; the refurbishment will run through much of 2017. (It don't hurt to ask for a quiet room when checking in!)

On Average the bus runs about every 20 minutes.

Hidden Mickey's from the AllEars Newsletter

Inside the Pop Century gift shop, near the exit to the bus stop, check the wall behind the cash registers to spot round gift boxes that form a classic Mickey. The image appears twice in faux package-locker windows. One image is in the second window from the top of the second column of windows from the right side. The other is in the third window from the left on the top row.

Subscribe to the AllEars Newsletter to learn all the latest disney news. 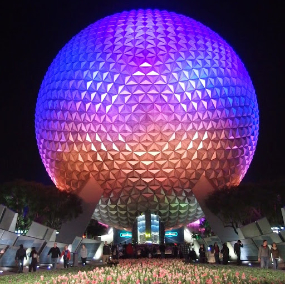 The Spaceship Earth is a large Geodesic Dome at the main entrance of Epcot theme park and one of the most recognizable landmarks on Disney property. The Spaceship earth ride gives guest a quick history lesson on communications. The ride takes you through 40,000 years of communications.

Many of this tips/tricks came from various internet sources that I have collected over the years, including hiddenmickeys.org and various Disney Unix sites.

Fun Facts about the Geodesic Dome

There are a lot of Hidden Mickeys around here. Here are some known ones:

There are Internet rumors that the Indiana Jones Stunt spectator will soon be closing. I would highly recommend visiting the attraction, if it is open during your visit. (I'll update this post on when it does officially close.) 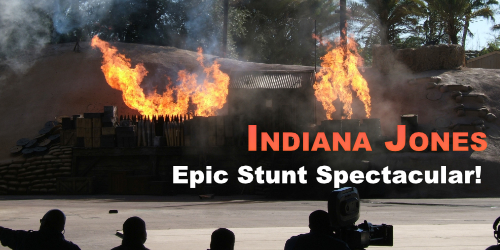 The Indiana Jones Stunt Spectator is a live theater-type attraction. Disney guest have the opportunity to see/learn how stuntman work in action. The show features loud noise and fire effects. The show re-creates several of the popular scenes from the "Raiders of the lost Ark" movie. The show is located in Disney Studios near Echo Lake.

Cheer on Indy and Marion as they perform amazing stunts with blazing special effects to demonstrate move-making magic.

The Raiders of the Lost Ark would be a good movie to watch on the airplane as you travel to Orlando. This way some of the famous scenes and characters are fresh in your mind.