Looking Back at Mac Technology in 1996

This week I was going through a box in the attic and came across an old copy of MacWeek magazine. This was from 1996 - 25 years ago. I thought I take some time to thumb through and take a walk down memory lane. 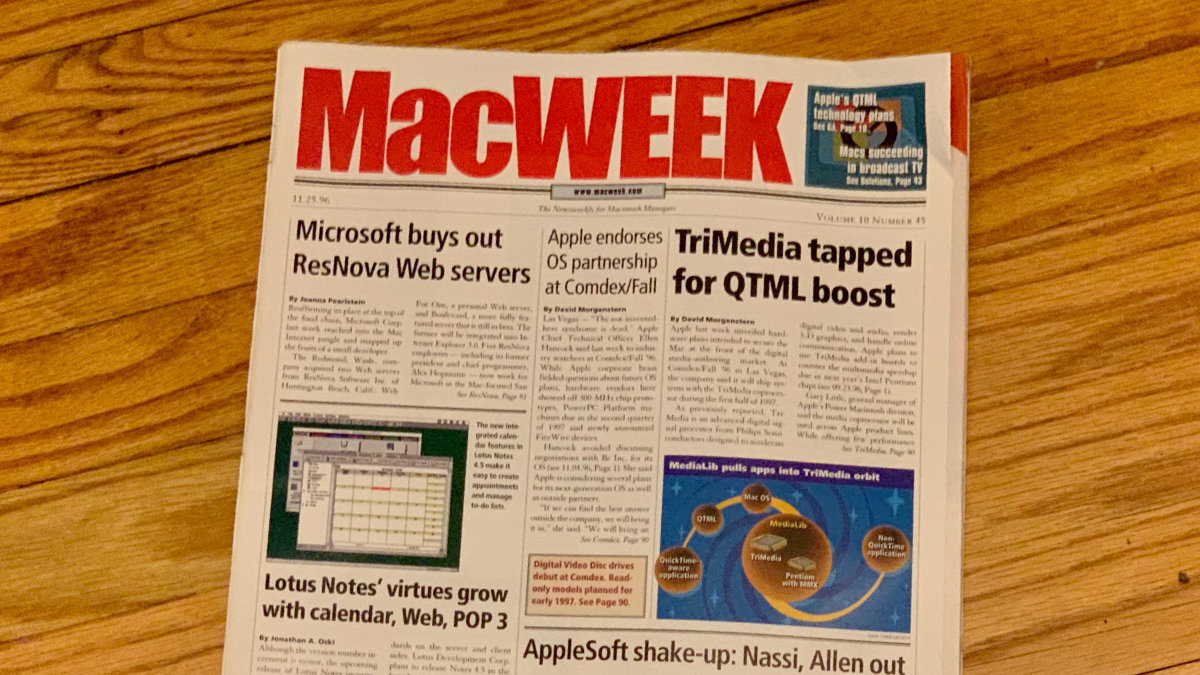 Power Computing PowerCenter 150 vs Apple PowerMac 8500/150 battle - While the were essentially the same price, the Power Computing model included more RAM, 15' monitor and Microsoft Office. All this for $2,995.

Lotus Domino - Huge color 2-page cartoon spread on a web service that pretty much has nothing to do with Macintosh.

Apple QTML - Apple QuickTime Media Layer. Apple called it a platform-independent universal container for multimedia information. This later became a foundation for the Carbon API that made it possible for legacy apps to run on Mac OS X.

USRobotics Pilot - There was a single page Ad for this personal assistant device. This automatically links to your Apple Computer. It's 4.5' tall and costs $299. The 'only' lacking feature is the ability to make calls.

SCSI Hard Drives - These we're the most reliable form of disk storage. Other World Computing

CD Stomper - I have a couple of these label applicators. The applicator makes it easy to center CD dick labels. In 1996, they were selling for $79.95. I don't recall paying that much. Wow!

Netscape Constellation - This recently announced web technology will allow users to collect and organize Internet and network information. Users will be able to modify their desktops to receive real-time site updates. (It was officially branded as Netscape Netcaster, and some people may remember as it being used as Webtops.)

DVD Products - Many vendors displayed their Digital Video Disks products at Comdex/Fall '96 in Las Vegas. The new DVD players would be an extra $400 to $500 for computers equipped with DVD drives. Shipping would start in the Fall of 1997