Interesting Facts about this gravestone.

There a lot of notable people buried at the Old Burying Ground Cemetery and the St.George Catholic Church Cemetery in Framingham. Some are well known more than others.

Over the next few weeks, I'll highlight some headstones of people that have stories that would otherwise go unnoticed.

This week, its all about the Lorenzo Gibbs gravestone in the Old Burying Grounds. It's located near the back left of the cemetery. The writing on the gravestone is slowly disappearing. 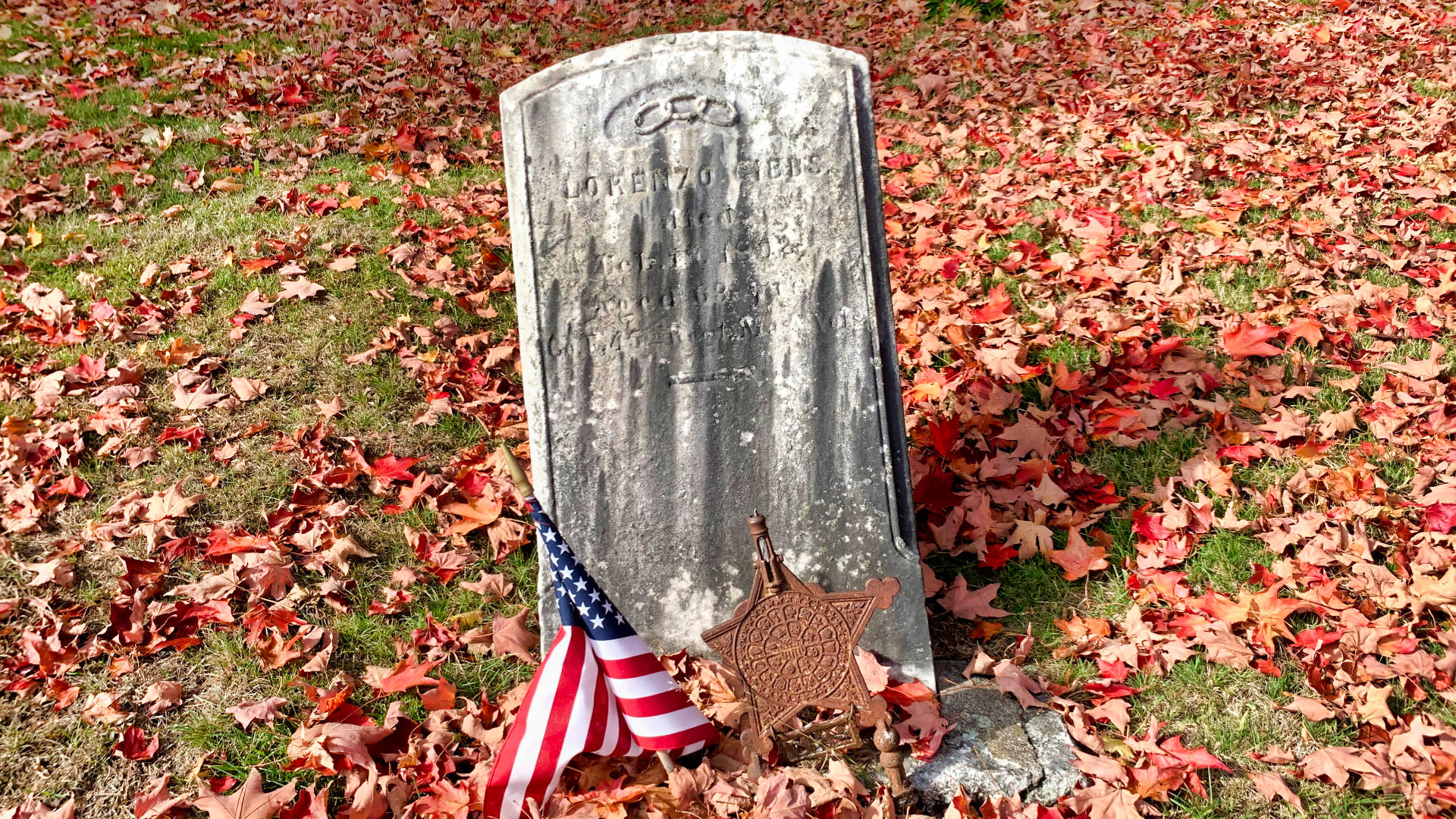 Lorenzo Gibbs was born on November 10, 1828, in Framingham Massachusetts.

According to Massachusetts documents he married twice:

George W. Gibbs is the only family member not buried in Framingham's Old Burying Ground Cemetery. He fought in the Spanish American War. He is buried in Forest Home Cemetery in Forest Park, Illinois,

Some Mystery Around Lorenzo Gibbs

Military records show that he died on February 19th, and other records - including his gravestone shows it was February 18th.