At the King's Chapel graveyard is the place of where many early colonials are buried. You may find former Governors, Revolutionary War heroes, and more.

One grave that stands out as you walk into the graveyard is Bartholomew Gedney. 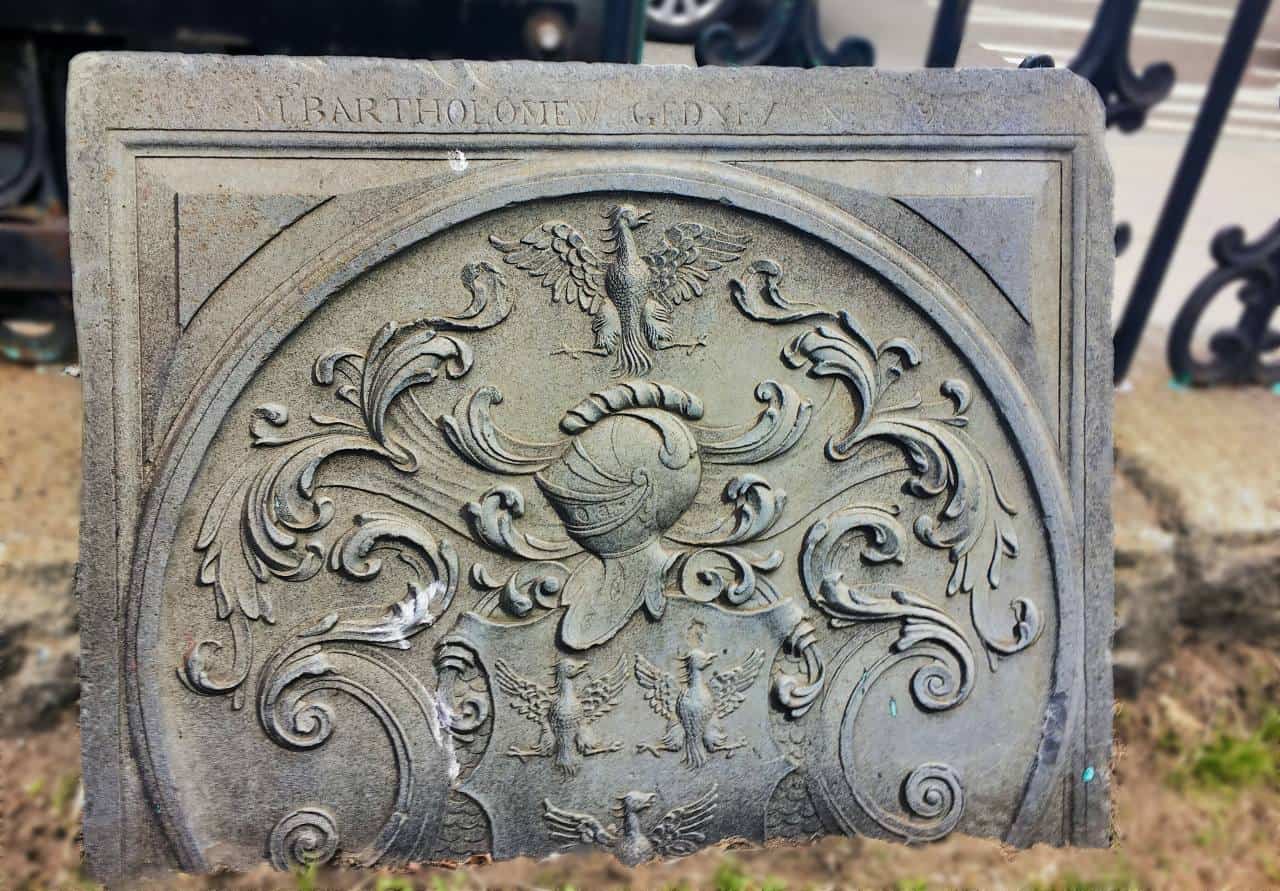 He was a merchant of Boston.

His gravestone has an armorial tablet with three eagles. This is the family Coat of Arms of the Gedney family. There is no significant value to the armor engraving on the gravestone.

If you look at the top of the gravestone to the left of Bartholomew you can see a letter "M".

To the right of the words Gedney you can see some numbers: No. 9 (There are more numbers but it's hard to make out.) Maybe it was a different grave number? I guess it would be better to see in person?