Samuel De Champlain was a European explorer that traveled back and forth from Europe to the "New World." He is credited for discovering Quebec and New France on July 3, 1608. (New France is the territory that people call New England today.)

In Chatham, Massachusetts there's a monument where Samuel De Champlain made his first landing. 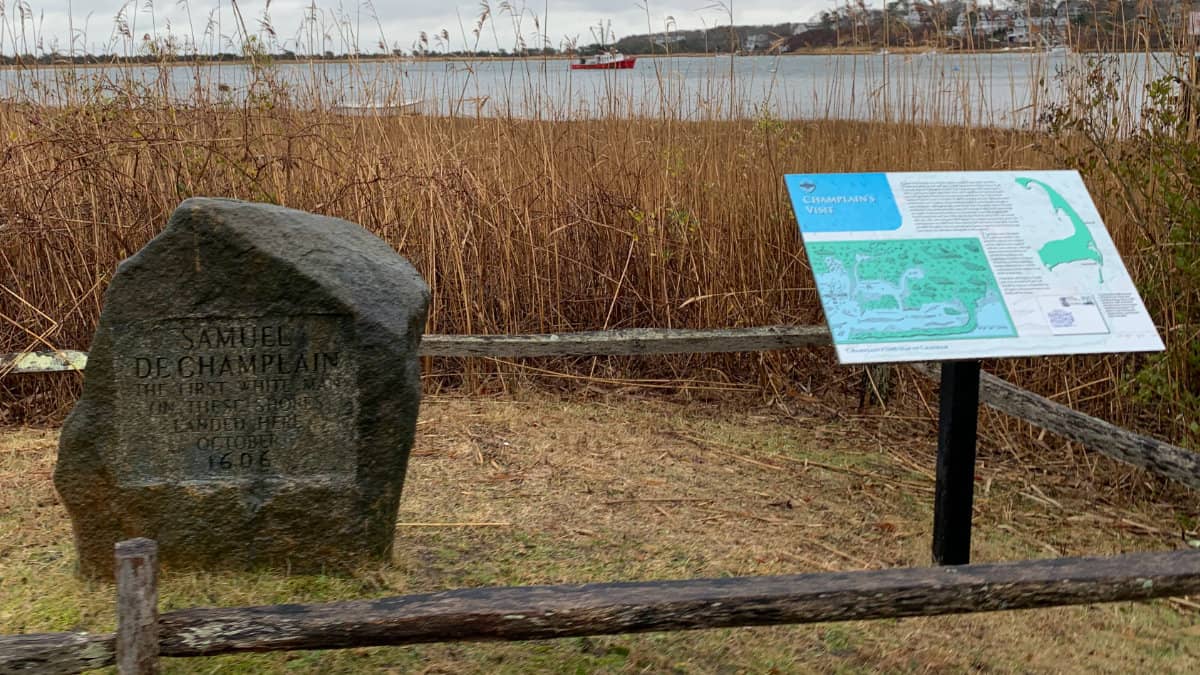 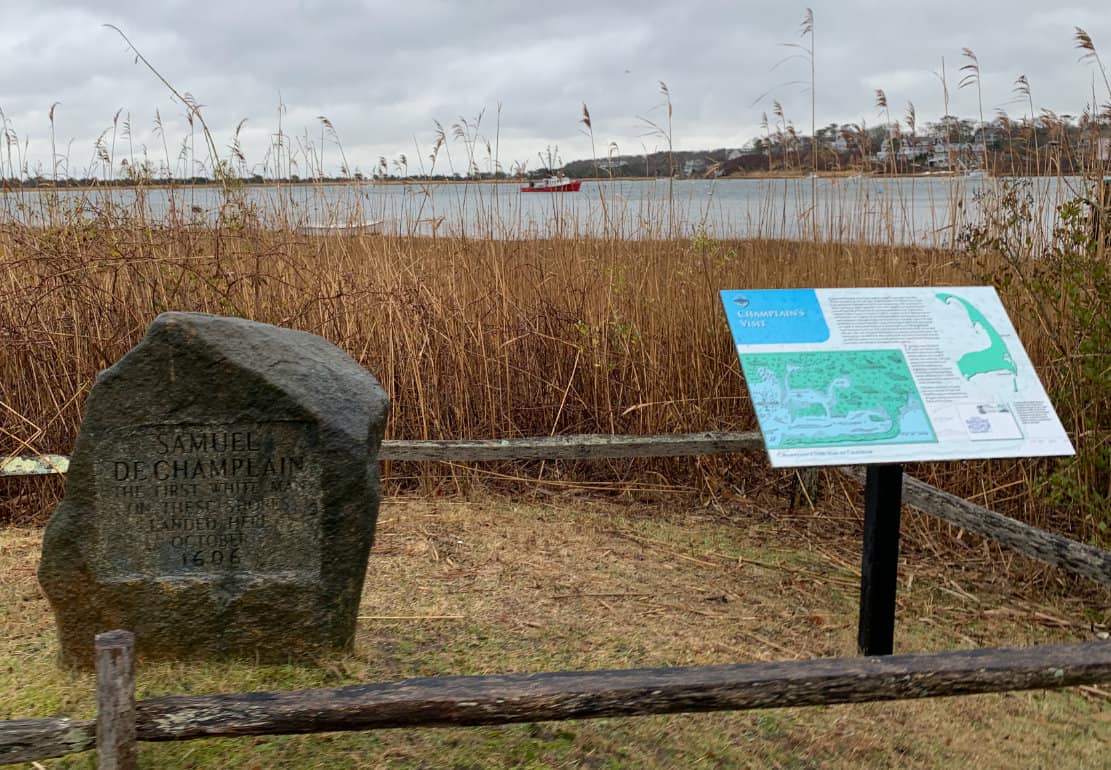 Fun Facts about the Monument

Text on the Plaque

Here's the text of the plaque that was installed in 2012:

Samuel de Champlain was a French explorer, navigator, map maker, journalist, artist, and soldier. In 1605 and again in 1606 he sailed from Nova Scotia to Cape Cod exploring and mapping much of the coast along the way while searching for a site for a permanent French settlement. In his 1605 expedition, he landed along the coast of Cape Cod at Nauset near the present location of the Cape Cod National Seashore Visitors Center. In October of 1606, he returned, this time visiting the shores of Monomoit, now Chatham. He described the harbor as not being deep enough to start a settlement. Although he stayed for only ten days, Champlain explored the land, described it in his journal, and made a map and drawings of what he saw thus leaving us a wealth of information that was so accurate that we can still recognize Mill Pond, Oyster Pond, and Great Hill today. He described the land as hilly and wooded with oak, cedar, and a few pines. Wild grapes were common as were beach plums. The harbor and bay were filled with every variety of fish and oysters. Game birds were also plentiful. The natives were not so much great hunters as good farmers. Primary crops were beans, corn, pumpkins, and squash as well as tobacco.

During his stay, Champlain traded iron hatchets and knives for tobacco and wampum and the explorers were supplied with fish, corn, and beans. Although the interaction between the French and the Wampanoag, in the beginning, was positive, a moment of misunderstanding regarding a hatchet ultimately led to a deadly confrontation which resulted in the loss of life on both sides.

Champlain sailed back to Canada and never returned to Cape Cod. In 1608 he went on to found the City of Quebec and became known as the Father of New France.