Just off the coast of Chatham, Massachusetts lies a large Island. This is the Monomoy National Wildlife Refuge - or as the locals call it Monomoy Island. This is a safe ground for New England wildlife.

This is federally protected land. (This post is general information about the island. Detail breaks information will be done in another post this summer.) 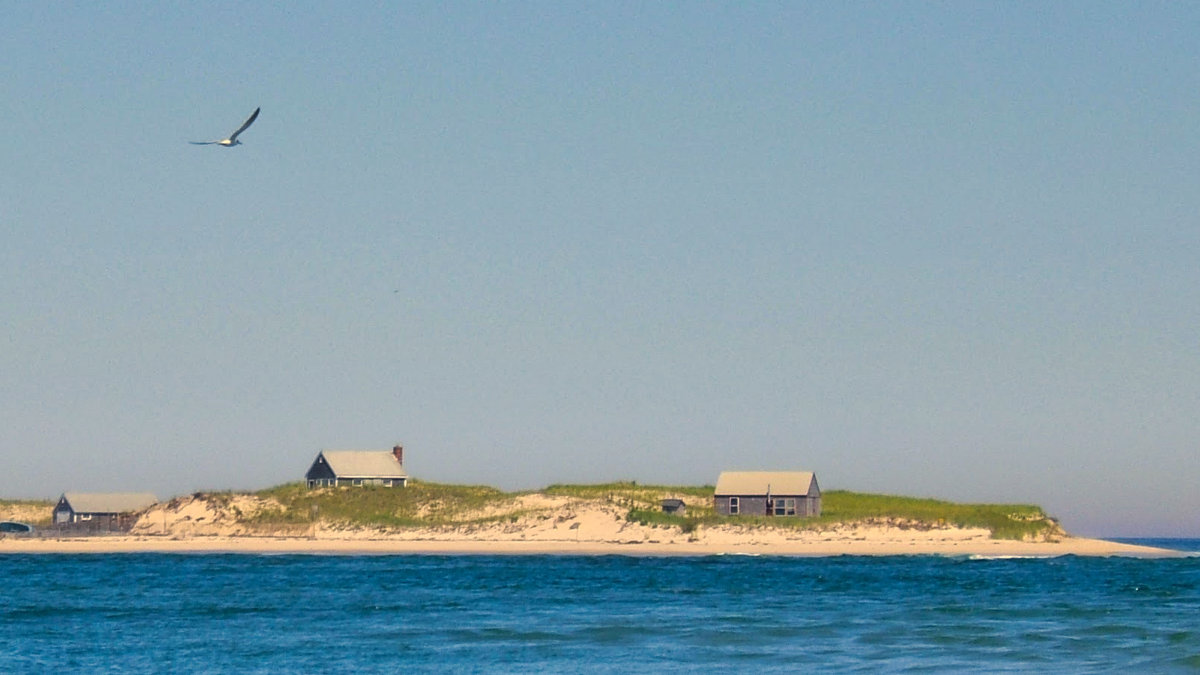 This is a 7,600-acre (8-mile long) refuge which provides a resting, nesting, and feed grounds for migratory sea birds.

The beaches along the Chatham shore has the highest concentration of nesting piping plover in New England.

The island used to have lots of dune shacks. When the government took over the island in 1944, the US Department of Interior's Fish and Wildlife took over all the land by eminent domain. However, they let the current landowners keep their land as long as the original owner lived and the structure was held up against the tides and storms. The last living person to legally own space died in September 2000. When the structure was taken down it marked the first time in 300 years that the island was free of human building.

The only remaining structure is the Monomoy Point Light which is located on the further point south on the island. It is on the National Historic Register. In 2016 it went under major repair to restore the lighthouse. Chatham Coast Guard helicopters were used to bring in lumber and supplies to help restore the lighthouse.

The Monomoy National Wildlife Refuge has a printable map of all the public accessable trials on Monomy Island.

There's also a handy bird guide to find out when your favorite feather friend visits the island.

The only way to get on the island is by boat. You can take the Monomy Island Excursion to tour the island and see the seals - you don't get off to explore the island. The boats leave from Harwich.

The Monomoy Island Ferry is one of the oldest tour boats of Monomoy. You can get pretty close to seals and perhaps some whales. They do offer private charter tours of Monomoy where you can walk part of the island. The boat departs from Sage Harbor in Chatham - right next to Monomoy.

Visiting Monomoy Island is a unique way to see Cape Cod and it worth the visit to get close to nature and enjoy some fresh salt air.