Poems of the Southwest Corridor Path

Poems of the Southwest Corridor Path

As you walk from the Back Bay Station to the Copley Mall, you may notice some stone markers with words on them. No this isn't a graveyard, and these aren't a monument to soldiers. These are the poems and stories of Southwest Corridor Path. 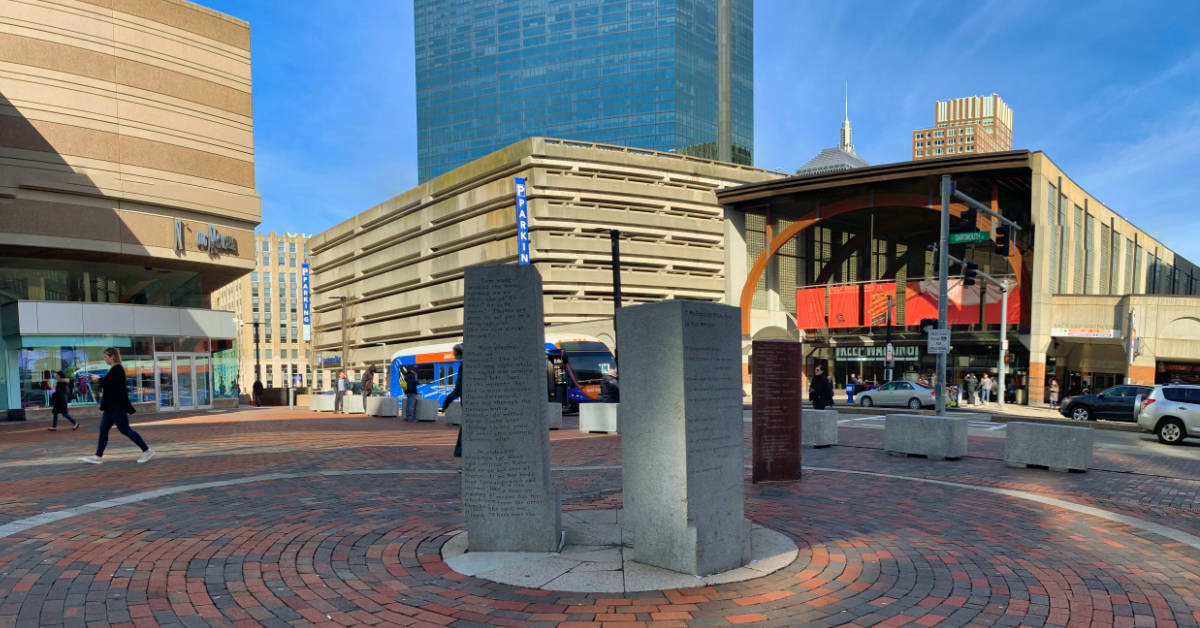 If My Boundary Stops Here

This is part of the "Counterpoint" story on several of the stones:

Tom and Kate were walking home and Kate, the more responsible one, was scowling Tom for not having paid their rent on time. They argued walking down First Street going up the stairs to their apartment building and inside while they took off their coats.

"But Karie," he said, "I wanted to make sure it had cleared first."

"But you had four clear business days, Tom count them!"

Kate flung her coat on a hook in the vestibule and went to the piano. She opened the music to Bach's First Interception which she was working on. She began to plan the opening as she said, "And anyway, that'll be the second time we been a few days late. It's embarrassing."

Tom was walking around the living room turning on the lights while she played. "To who?" he said. "The super? The accounts are done by some old guy in a skyscraper. It's not like we rent from a real person."