In the Back Bay Station, near the ticket counter, is a larger than life-size statue of A. Philip Randolph.

Brief Background About A. Philip Randolph

Asa Philip Randolph (April 15, 1889 - May 16, 1979) was a civil rights organizer. In 1925, he organized several Harlem railroad sleeping car porters into the Brotherhood of Sleeping Car Porters. It became the first black union to be recognized by the American Federation of Labor.

He directed several marches on Washington, including the famous 1963 march with Martin Luther King Jr where he delivers the famous "I Have a dream speech." 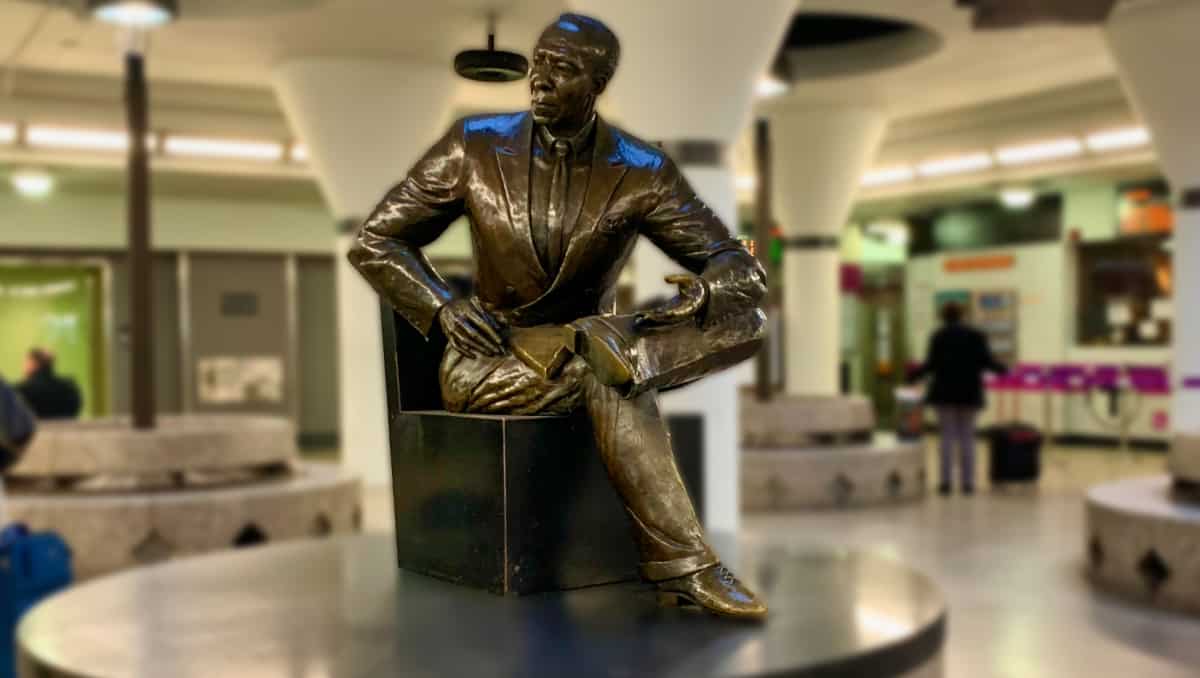 Fun Facts about the Statue

Here are some fun facts that I found about this statue:

Statue was Commissioned in 1986.

Statue was unveiled on Saturday, October 8, 1988 - as part of the redesign of the Back Bay station. In attendance was Transportation Secretary Frederick P. Salvucci, James F O'Leary general manager of the MBTA, Norman Hill president of the A. Philip Randolph Institute, Richard Womack director of the civil rights program of the AFL-CIO. Also present was John Dukakis the governor's son. At least 400 people were at the ceremony.

23 retired members of the Brotherhood of Sleeping Car Porters were also in attendance.

Governor Michael Dukakis wasn't able to attend the ceremony as he was running for President of the United States.

In October 1987, Governor Michael Dukakis dedicated a station on the Orange Line to A. Philip Randolph.

Back Bay station was select for the statue because many of the early members of the Brotherhood of Sleeping Car Porters settled in the area.

The entire waiting area is named after A. Philip Randolph. The purpose is to turn the space from a waiting room into an education room.

The statue was done by Tina Allen. This was her first project. You can see her signature on the pants fold on the shoe that is touching the ground.

Text at the Base of the Statue

At the base of the statue is the following text, this is a bit hard to read since over the years, people have been sitting on the words.

Salvation for a race, nation, or class must come from within. Freedom is never granted; it is won. Justice is never given; it is exacted. Freedom and justice must be struggled for by the oppressed of all lands and races, and the struggle must be continuous, for freedom is never a final fact, but a continuing evolving process to higher and higher levels of human, social, economic, political and religious relationships.

Tina Allen Signature on the Statue 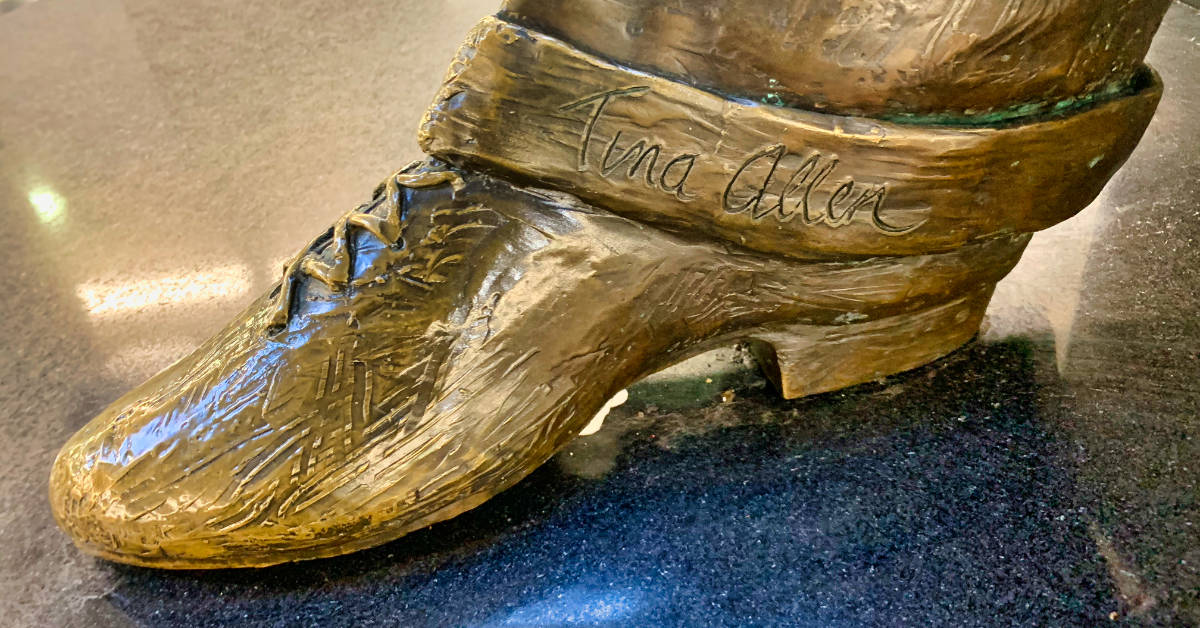