Last month when I was setting up my new iMac, I was thinking if it was time to move on from using Panic Transmit. So I spent time looking for alternative FTP client software.

One of the applications that I encountered was Viper FTP. This was interesting because I hadn't seen it before and thought it would be worth checking out.

I played around with Viper FTP for a couple of days, and here are my observations:

There is a free version of Viper FTP which has limited capabilities. This is a perfect solution if you only have one FTP connection and need basic functionality.

There is a setting in Viper FTP that preserves the system date of downloaded files. This is neat. When I want to back up a production file, I want to keep the date of the last modification. In Transmit, this was possible with Transmit Disk mode was enabled - that feature has been discontinued in Transmit 5.6.0.

In Viper the connection favorites are kept on the left side of the window. This makes it easy to jump around on the server. In Transmit, it's in a small bookmark-type bar on the top of the listing.

In Transmit, you can assign custom icons to servers, making it really easy to see the AWS servers from the DropBox servers. You can't do that in Viper.

In Viper, you can put servers in the Toolbar. Which makes it really quick to access critical servers.

Transmit has the ability to connect to a lot more different server types. You are limited using Viper. Viper FTP Lite doesn't have access to Google Drive or DropBox.

Viper FTP Lite, the free version, only allows you to save 3 servers at once.

Panic Transmit costs $24.99 via subscription price or a one-time price for $45 per user for all your Macs. Viper FTP costs $18.99 for one user on one computer. To install it on multiple computers it cost $79.99. 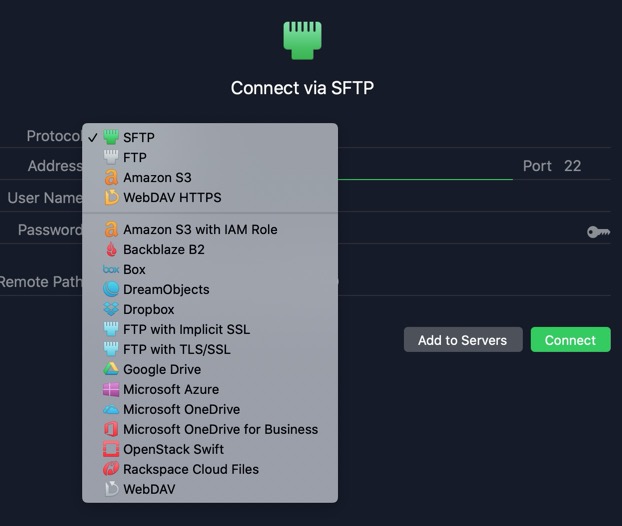 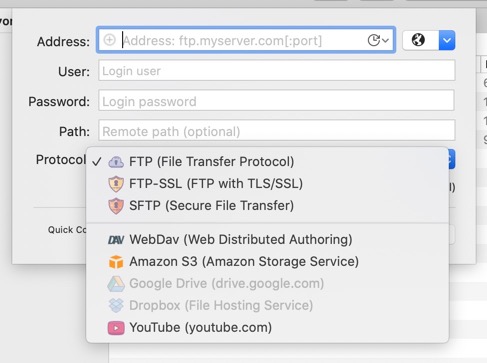 At the End of the Day

While Viper FTP looks cool and has a few bells and whistles that isn't available in Transmit, I'll be sticking with Transmit. I think Transmit is a cool