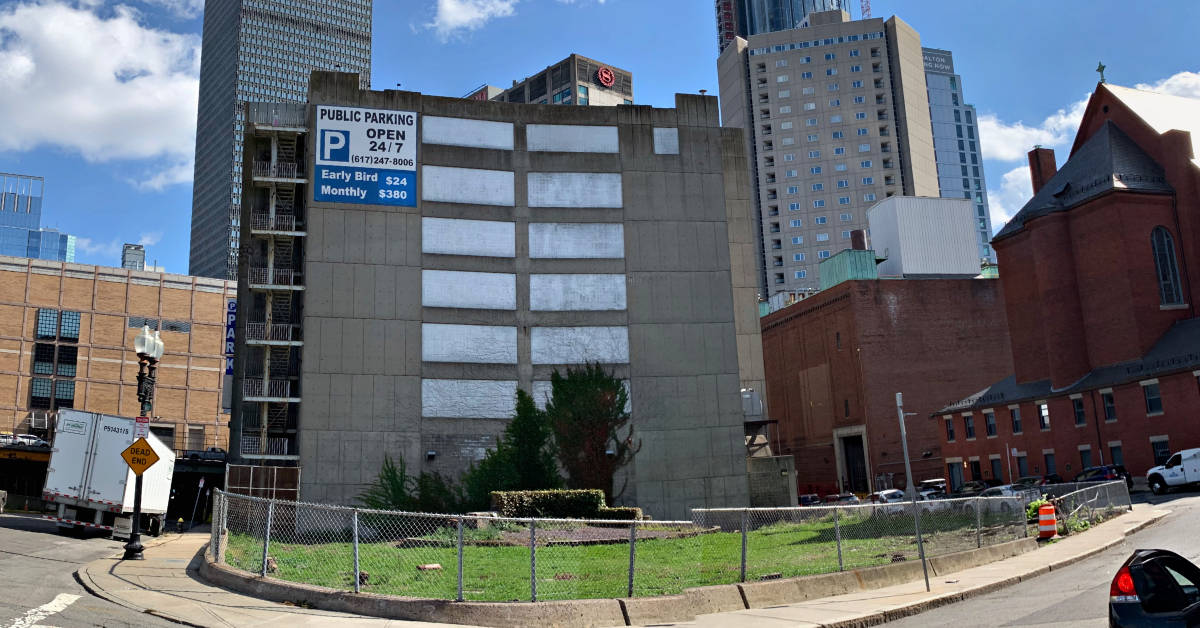 Plans for building 1000 Boylston Street are underway. Trees in the parcel have been taken down.