The official animal of Aruba is the Aruban Burrowing Owl. (Athene Cunicularia)

The Burrowing Owl can mostly be found at the Arikok National Park, the island’s protected wilderness sprawling across 18 percent of Aruba’s land area on the Eastern part of the island.

Some tourist have spotted the Burrowing Owl hunting for food on Eagle Beach in the mornings. It’s supposedly a rare sighting so if you see it - take a picture! 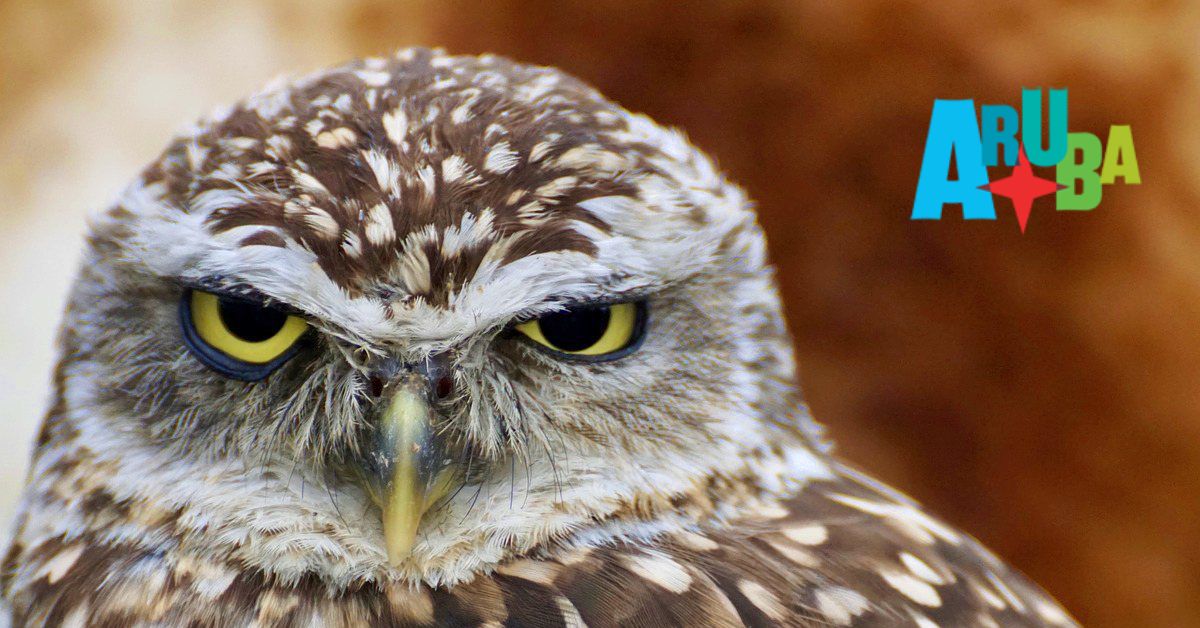 There are roughly 200 other species of birds on Aruba. You can also see Topical Mocking Birds, Vibrant Orange Trupial, Yellow Head Parakeet, Scarlet Ibia, Black Noodies, and pelicans all over the island.

The Bubali Pond, a former saltwater pond, is a perfect place to find the birds and other exotic wildlife. The pond became fresh water because of overflow from the wastewater treatment plant

Snakes, Lizards and Iguana - Oh My!

There are lots of lizards in Aruba. It is believed that half of all the known lizard species live in Aruba. They are just about every place on the island.

Iguanas are well present on the island. Most of them tend to stay away from the beach area. Usually, when you see one they are munching on leaves.

There are a few rattlesnakes that live in the Arikok National Park - far away from where tourist are enjoying their vacations. (An Interesting fact that no one has ever been bitten by a rattlesnake in Aruba.)

There’s also donkeys, goats wondering around the rural areas of the Island.