Someone on my Facebook feed recently posted this MEME: 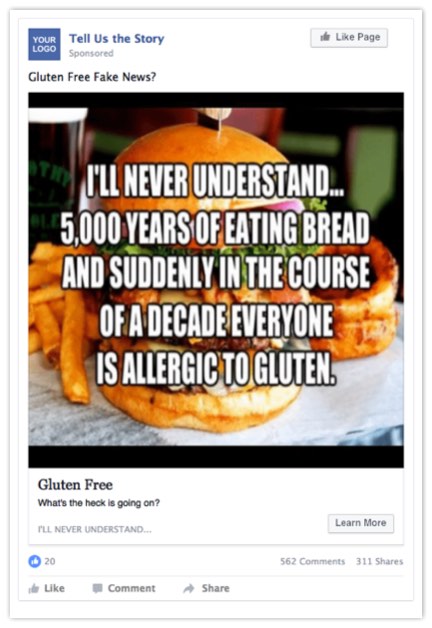 How after 5000 years of humanity surviving off of bread do we have so many people within the last decade who are entirely allergic to gluten?

For those of you in Rio Linda...

There are two things that are going on:

1) Did you know that the bread that we eat today isn't the same as the one made years ago.

Today's bread isn't fermented. Not so long ago the bread dough was a living, breathing colony. This caused the bread making process to be slow and an inefficient process. Today, instead of allowing the bacteria in the water to power the wheat and change it - manufacturers have put in "safe" additives - such as yeast.

Because of the new process various natural nutrients aren't in the bread anymore. Manufactures have to add micronutrients in to make the today's bread be nutritious.

2) Celiac is an autoimmune disease and was only officially recognized as a disease not so long ago, but the symptoms have been around for thousands of years.

In the second century, Aretaeus of Cappadocia, a Greek physician, wrote about childhood and adult coeliac disease. He wrote, "If the stomach be irretentive of the food and it passes through undigested and crude, and nothing ascends into the body, we call such persons Coeliacs."

The term 'Celiac Disease' was made by Dr. Samuel Gee in 1888. It wasn't until 1950 that Dr. Wilm Dicke, a Dutch physician, discovered the best cure for Celiac Disease was to have a diet free of Gluten.

It wasn't until the mid-1990's that full acceptance of the 'Celiac Disease' was officially accepted by the general public.

So while the whole Gluten Free seems to be a new thing, it's been around for a while.