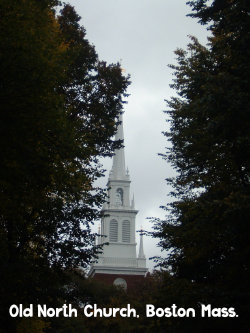 William Dawes was one of many critical messengers on April 19, 1775. William Dawes, Paul Revere, and Percy were task by Joseph Warren to warn John Hancock and John Adams that the British were coming to arrest them.

Dr. Joseph Warren was one of the leaders of the revolutionary forces that stayed in Boston as the British started to increase their size.

Many people may know Paul Revere because of Longfellow poem:

Listen, my children, and you shall hear
Of the midnight ride of Paul Revere,
On the eighteenth of April, in Seventy-Five:
Hardly a man is now alive
Who remembers that famous day and year.

He said to his friend, "If the British march
By land or sea from the town to-night,
Hang a lantern aloft in the belfry-arch
Of the North-Church-tower, as a signal-light,--
One if by land, and two if by sea;
And I on the opposite shore will be,
Ready to ride and spread the alarm
Through every Middlesex village and farm,
For the country-folk to be up and to arm."

The Poem was written in 1860 by American poet Henry Wadsworth Longfellow that commemorates the actions of American patriot Paul Revere on April 18, 1775, although with significant inaccuracies. It was first published in the January 1861 issue of The Atlantic Monthly. It was later retitled "The Landlord's Tale" in the collection Tales of a Wayside Inn.

Things I Learned about William Dawes

There's a lot of great information on "William Dawes: The Forgotten Midnight Rider" over on HistoryofMassachusetts.com. It's certainly worth the read.

Despite being left out of Longfellow's poem, his name was mentioned at the 200th celebration on April 19. 1975. At a special 200th Anniversary ceremony at the Old North Church, President Ford mention him: 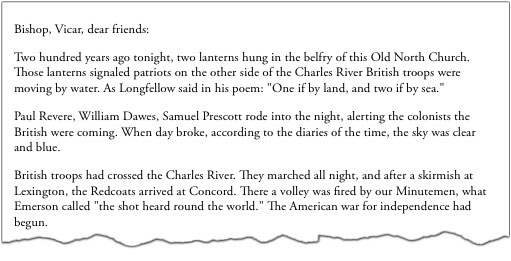 That was the only mention of William Dawes in a United State's president speech. Paul Revere's name has been mentioned in at least 20 speeches. Various Presidents from Benjamin Harrison in 1892 to Barack Obama in 2016 referenced Paul Revere's ride. Some of the speeches just referenced William Dawes and Samuel Prescott as his companions and not their name.

Mystery of the William Dawes Grave at Kings Chapel

There is a gravestone in King Chapel graveyard with an inscription to William Dawes. However, he is actually believed to be buried in Forrest Hills Cemetery, 25 miles away. You can read up on all the research that one of the Descendants of William Dawes did to find the truth.

It's possible that there's nobody buried at William Dawes grave at the King Chapel graveyard.

The Ride of William Dawes

Over the years several people have written poems about William Davis, here's one that I found written by Mary J. Gladhill

The Ride of William Dawe

Listen, my children, for oft you will hear Of the midnight ride of Paul Revere But now, if you will but pause, You shall here the tale of William Dawes.

When the lights of the Old North Church flashed out Paul Revere was waiting about, But Dawes was already on his way To warn the farmers of the coming fray.

Through the still night down Washington street He rode on his steed, swift and fleet. Through Roxbury and Brighton rode he in huste. Swift as a courier in a chase.