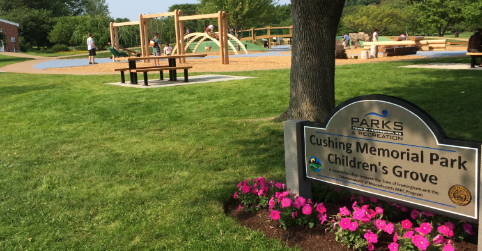 Cushing Memorial Park, formerly called Tercentennial Park, is a 57-arces open park on the site of a WWII army hospital. The park features open space & trails and a chapel. There are several Framingham Park buildings where some 'Playgroup Program" classes are held.

In 2014 there was a sign near the new playground that read:

Final Design is currently underway with construction targeted to begin during July of 2014 with completion in the late spring of 2015. 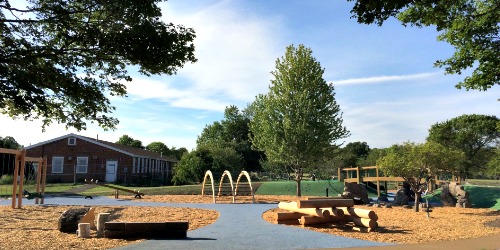 My five-year-old daughter likes the Cushing Memorial Park Children's Grove playground for a little bit. After a while of play, she shifts gears and would rather go over to the playground behind Barbieri Elementary School.

She likes the large slide selection and the different play areas that are available. She feels that there isn't that much to play at the Cushing Memorial Park Children's Grove.