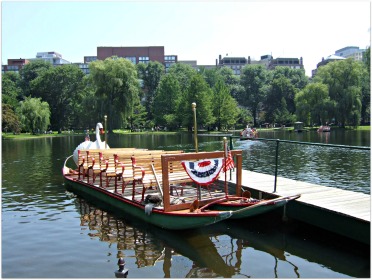 The Swan Boats on the Boston Public Gardens is a popular attraction for tourist and locals. It's still run by the Paget Family who started peddling the boats back in 1877.

The whole concepts of the boats started back in 1861 when Robert Paget went to the Opera to watch Lohengrin. In the show, Elsa, the daughter of the king, is accused of murder and the dashing knight comes to save her in a Swan boat.

Owners of the Swan Boats

Some Things that I learned about the Swan Boats