Brief History of the Town Name

In 1662, the town was originally called Danforth Farms. The area was originally owned by Thomas Danforth who acquired the land by purchasing various land grants by the Massachusetts General Court.

After selling off some of his lands, Thomas Danforth started naming the area Framlingham after his birthplace Framlingham, England.

According to historians, there are only three people that are recorded to be born in Framlingham, Massachusetts:

Then one day in 1673 everyone stopped calling it Framlingham. No one is exactly sure why the letter 'l' was removed from the name.

Since December 23, 1673, the Massachusetts County Court has recorded the name of the area as Framingham.

Some historians thought it was a clerical error - perhaps someone just left out the 'l' and it changed history. However, around 1673, Thomas Danforth started referring to the area as Framingham in his writings.

I wasn't able to find out what event/situation in December 1673 that caused the name change. I believe that it had to have happened sometime in December 1673 and that is why the Massachusetts County Court made a note of it. There was

Framingham wouldn't be an official town until another 26 years later.

If you have any insights please leave a comment below.

The town still honors the mother city, Framlingham, England and invited a representative to the town during Framingham's Centennial celebration. The person was treated like royalty.

Congratulations to Yvonne M. Spicer on being the first Mayor of Framingham.

Framingham will be the first town to be transformed into a city in the 21st Century. The last city in Massachusetts to make the transformation was the town of Garder in 1923. (93 years ago!)

Yvonne M. Spicer will officially take office on January 1, 2018. (53 Days from now) That’s when the Town of Framingham will be officially known as the City of Framingham.

There are two remaining candidates in the running for to be the first Mayor of Framingham:

Framingham voters should check out the websites of the two candidates to learn more about their plan as the first town mayor.

While Spicer did very well in the primary in September, John Stefanini has done a lot of campaigning in the last few weeks. In the process, he has picked up some key endorsements.

Not Over on Election Day

Framingham residents that are concern about the traffic conditions around town can make a difference even if their candidate doesn't win on November 7th. One of the responsibilities of the new mayor will be to appointment a new Traffic Commission.

The new commission will require four town residents appointed by the town council.

(a) Establishment, Scope. Until such time as provided otherwise by paragraph (a) of section 1 of this Article, there shall be a traffic commission which shall consist of the police chief, the fire chief, the director of public works, the superindentant of schools, or each of their designees, and four residents: one from the business community, one from the downtown area (defined as the area within a one mile radius of the intersection of Routes 126 and 135), and two residents at-large. All resident members shall be appointed by the council, but shall not be members of the council. Such appointed members shall serve for 3 year terms.

Election Day in a few days

I believe this will be a much closer election than the primary. I still haven't decided on who I'll vote for, and it will probably be a game day decsion.

Some Framingham residents may not know that there is a monument on the corner of Swift and Maple Street. The monument marks the spot of Reverend John Swift - one of Framingham first residences.

This is a monument to John Swift Dwelling House.

Six things I learned about the John Swift Dwelling

The phrase, "JAM Tandem in Domino Requievit" is Latin for "At length in the Lord."

The Monument is located on Swift Road, in Framingham Massachusetts. You can see the monument as you drive slowly down Maple Street.

Swift Road is named after Reverend John Swift. Seems obvious now, but most people wouldn’t know it when driving past it on Maple Street. 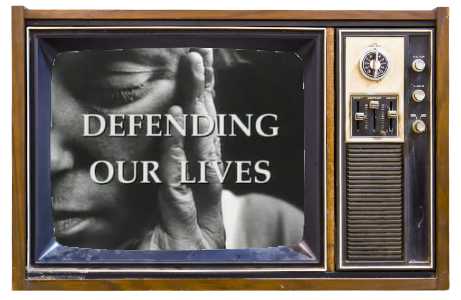 Filed under the "Framingham" category. [Permalink] - there are 3 comments on this issue.

Framingham has only one city listed as a Sister City, whereas the town officially recognize two locations as Sister Cities:

Sister Cities International has only Newark, New Jersey as the sister city.

Some information about Lomonosov

How it came about: The mayor of Lomonosov was looking for a Western city to build better relations. Irving August was on a business trip to Lomonosov and met the mayor. Irving came back to Framingham and convinced the town selectmen to make Lomonosov a Sister City.

The relationship is for pure knowledge for the children of Lomonosov and Framingham to learn about each other.

A committee on Sister City relation was created in Framingham. The committee is called FLAME - Framingham Lomonosov Association for Metropolitan Exchange.

A year after the relationship was created 13 citizens from Lomonosov came to Framingham for a visit.

There has been very little information about the cultural exchanges between the two locals since 2004.

Some information about Governador Valdares

The sister city request was made by Joao Paulo Freitas and his wife Vera Dias Freitas.

According to some estimates there are about 1,000 Brazilian immigrants from Valadares in Framingham.

The relationship goal was to teach Framingham residents about Brazilian music, food, language and culture.

Joao Paulo Freitas is currently a realtor at Re/Max One Call Realty.

Distance from Framingham to Governador Valdares

Last week Framingham residents went to the polls to vote for the town’s first Mayor. Yvonne Spicer was the clear winner with getting more votes than all the other candidates combined:

Factoid:
More people voted for Yvonne Spicer than for the change for Framingham to be a City. (5,684 people voted to transform the town to be a city.)

Number of Register Voters vs Turn out

The General Election had a lot of national coverage so it was expected to have a higher turnout.

If you're at the end of your lease and don't want to trade it in at the dealer, there’s a couple of options Massachusett residents have, the one nearest Framingham is ADESA.

Six things to Know about ADESA

From Downtown Framingham, Take a right onto Hollis St, then the next right on Irving Street. Stay on Irving Street, it becomes Loring Drive. You will know when you get near the facility when you start seeing a lot of cars parked on your right.

Framingham's Hanson Farms is one of the Farms that offers CSA Shares.

The program allows local farmers to get cash up front to help cover the cost of operating expenses. In return, the investor will get a weekly share of fresh locally grown produce from early June to late October.

The amount of produce received every week is enough to feed a family of four. The share does vary weekly depending on what's available to harvest and the current weather conditions.

Some of the items require the Investor to pick their own - a fun activity for the kids!

For smaller families, there is an alternate share program where you get a share every other week. So you only get 10 pickups.

Hanson Farms has an interesting cost saving summary PDF of how the program is a win-win for everyone. In the PDF, you can see how the Investor was able to save a lot of money over the grocery store prices. In addition, the PDF shows the various type food that might be available every week.

Using the CSA program is a great way to support local farms. While you may get some produce cheaper at the local supermarket. Supporting local farms via CSA helps local farmers grow excellent crop.

The Town of Framingham will have it's first Mayor election on September 26, 2017. There are 6 candidates that are meet the qualifications to be the first Mayor of the city of Framingham. The top two winners in the September primary will face off for the November election. 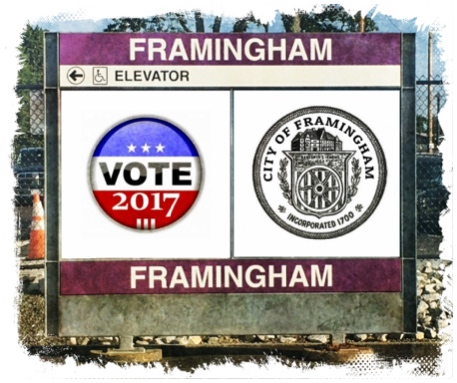 Here's a list of the candidates and a link to their official websites:

Filed under the "Framingham" category. [Permalink] - there is 1 comment on this issue.