The City of Framingham is broken down into 10 active neighborhoods:

In May 2012, the Massachusetts Water Resource Authority allowed the public access to inactive aqueducts on various sites around Metrowest. One of the sites open was the Sudbury Aqueduct in Framingham.

Five Things I learned about the Sudbury Aqueduct

Rules of the Aqueduct

There is a sign at both entrances to the Sudbury Aqueduct which read:

This property is passive trail that has been permitted for use from the Massachusetts Water Resource Authority to the Town of Framingham Parks & Recreation Department.

The Town of Framingham and the MWRA would like to thank you for visiting the Sudbury Aqueduct walking trail. We ask that you observe the following while using this trail;

Getting to the Sudbury Aqueduct

The best place to park your car is at the Cushing Memorial Park near the chapel. You can then safely walk down Dudley Street to the entrance of the Sudbury Aqueduct.

Looking for the 'Aqueduct Trails' markers looks like a fun game to play with kids.

Welcome to 2018 in Framingham, there are some new changes around here...

Framingham is American's newest City. Most residents won't see much of a change during the transformation.

According to the Article, the intent of the new Bylaw:

The production and use of thin film single-use plastic checkout bags have significant impacts on the environment, including, but not limited to: contributing to the potential death of marine animals through ingestion and entanglement; contributing to pollution of the land environment; creating a burden to solid waste collection and recycling facilities; clogging storm drainage systems; and requiring the use of millions of barrels of crude oil nationally for their manufacture. The purpose of this bylaw is to eliminate the usage of thin-film-single-use plastic bags by all retail and grocery stores in the Town of Framingham, on or after January 1, 2017.

How will this be enforced?

According to the Article:

Enforcement of this bylaw shall be the responsibility of the Town Manager (now Mayor) or his/her designee. The Town Manager shall determine the inspection process to be followed, incorporating the process into other town duties as appropriate.Any retail or grocery store distributing plastic grocery bags in violation of this bylaw shall be subject to a non-criminal disposition fine as specified in Appendix A of the Regulations for Enforcement of Town Bylaws under LM.G. Chapter 40,2S1D -Any such fines shall be paid to the Town of Framingham. 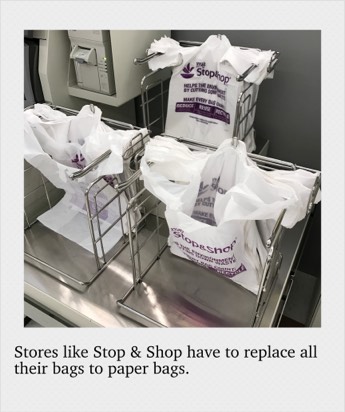 Framingham Not Alone on the Ban

There is a Bill in the Massachusetts legislature that will make any single-use bags against the law - not just plastic bags. If the bill passes, the law would go into effect on August 1, 2018.

Except as provided in this section on and after August 1, 2018, a store shall not provide a single-use carryout bag to a customer at the point of sale.

The Bill is currently in a Joint Senate/House hearing. However, pass bills never made it Pass the Joint hearing and pretty much dies in committee.

Wednesday this year was a mix of different topics. Earlier in the year the focus was on Affinity Designer, then Bash , Productivity and then finally the topic turned to Framingham .

There were a lot of interesting posts done this year, it was difficult to pick just seven...

In no particular order...

It's that time of year again. When the cold weather has arrived, and people are putting away the lawn motor and getting ready to dust off the snow blower. It's that time when local Framingham residences are working the various back roads to get around the mall traffic.

Around town, people may see some large Wooden soldiers standing by some of Framingham landmarks.

History of the Wooden Soldiers

The wood soldiers originally came from the original Shopper's World as a way to promote the mall during Christmas season. Some children may think they are nutcrackers, but they are in fact soldiers.

I wasn't able to find the exact date that they were placed, but it they appeared every Christmas since the min-1960s. There are 23 12-feet Wooden Soldiers. There was one giant soldier in the center of the shopping plaza. Kids know that where Santa was.

When the mall closed in 1994, the Wooden Soldiers were sold. Nobody knows what happen to the large one. There is a rumor that it was buried under the mall.

The Town of Framingham acquired some of the soldiers when Shopper's World closed. The town places 19 wooden soldiers around various landmarks around town.

For some Framingham residents, there's a tradition of "Finding the Wooden Soldier." They grab some hot chocolate and venture out to find all 19 Wooden Soldiers.

I created a PDF Document to help record the location of the wooden soldiers. Download the document, print it and see how many your family can find!

To help you out on your journey, here's a list of places where they were placed in the past:

In 2012, CNNMoney ranked Framingham the 38th best small city in America. It was a surprise to many since Framingham has rarely made the top 10 list of towns in Massachusetts.

Located 20 miles west of Boston, Framingham celebrates its ethnic diversity, offering public school calendars in three languages: English, Spanish, and Portuguese. It has a sweet job market to celebrate too; the town's unemployment rate is a mere 4.2% as of May. High growth has recently helped revitalize the downtown, which includes Hispanic and Brazilian retail shopping and restaurants. Completing the picture is an array of affordable housing options, from Victorian homes to multistory apartment buildings.

Currently the Niche.com website has Framingham ranked #114 in the survey of the best Town to live in Massachusetts. The town gets high marks for Diversity, Outdoor Activities, and Commute. It lacks on affordable housing, cost of living and weather.

In 2013, Boston.com put out a DreamFinder list of "25 best places to live in Massachusetts." Framingham took the #14 spot. The article says "has a strong location score, above average schools and decent housing costs."

On Friday the Saint Bridget School is holding a fundraiser Gala at the Sheraton Tara. This is sure to be an exciting event with great food and entertainment. 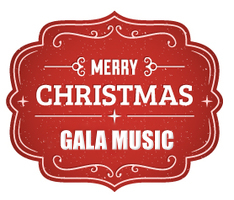 I am helping a committee of volunteers put together the music for the Gala. The theme that we selected is Christmas with some 1980s/1990s dance music.

If you're going to be in the Framingham area on December 8th, why not attend a fun event? There’s still time to attend the Gala! Head over to the Saint Bridget website and sign up. I don’t believe that there’s going to be any tickets available at the door.

There’s a large growing list of auction items, including:

Breaking it Down to Categories

We have identified the need for four main categories:

I thought I include the list here so other people that are putting together similar events can have a nice music to select from. All of these songs are available on iTunes. You can find popular music collections that contain many of the classic songs by Bing Crosby, Andy Williams and others.

Here is the Christmas song list in alphabetical order:

Six Things You May Not Know about the Holiday Tree Tradition

The need for Framingham to have an Ice Arena because the Framingham Ice Hockey team would have to travel all the way to Worcester to play their games. In 1961 the team captured the attention of the town when they won the state championship.

Brief History of the Town Name

In 1662, the town was originally called Danforth Farms. The area was originally owned by Thomas Danforth who acquired the land by purchasing various land grants by the Massachusetts General Court.

After selling off some of his lands, Thomas Danforth started naming the area Framlingham after his birthplace Framlingham, England.

According to historians, there are only three people that are recorded to be born in Framlingham, Massachusetts:

Then one day in 1673 everyone stopped calling it Framlingham. No one is exactly sure why the letter 'l' was removed from the name.

Since December 23, 1673, the Massachusetts County Court has recorded the name of the area as Framingham.

Some historians thought it was a clerical error - perhaps someone just left out the 'l' and it changed history. However, around 1673, Thomas Danforth started referring to the area as Framingham in his writings.

I wasn't able to find out what event/situation in December 1673 that caused the name change. I believe that it had to have happened sometime in December 1673 and that is why the Massachusetts County Court made a note of it. There was

Framingham wouldn't be an official town until another 26 years later.

If you have any insights please leave a comment below.

The town still honors the mother city, Framlingham, England and invited a representative to the town during Framingham's Centennial celebration. The person was treated like royalty.